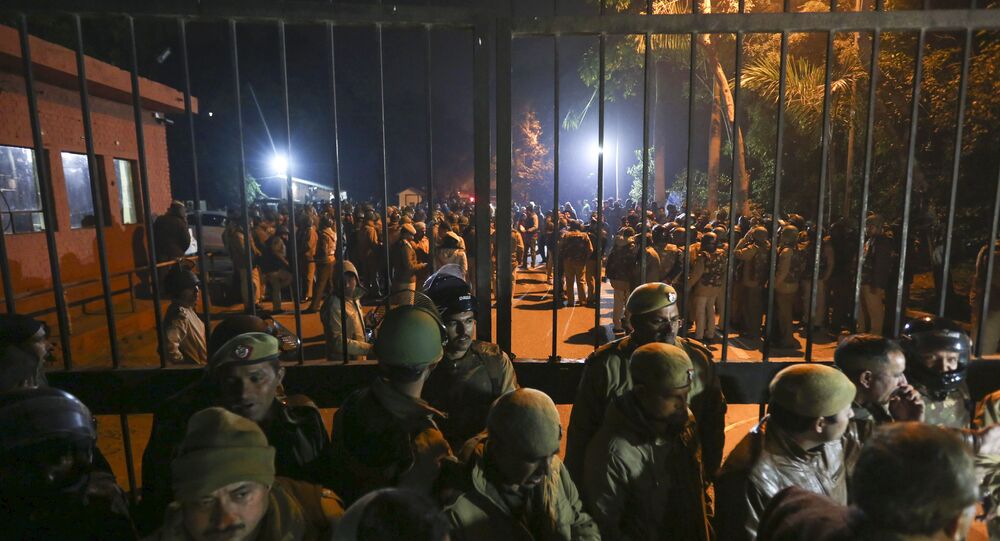 The Delhi Police on Wednesday approached the Supreme Court of India challenging a bail order granted by the Delhi High Court to three activists in a conspiracy case related to the northeast Delhi riots that took place last year.

The three activists, Natasha Narwal, Devangana Kalita and Asif Iqbal Tanha, were arrested in May 2020 for their alleged role in the Delhi riots conspiracy case and were later booked under a stringent anti-terror law, the Unlawful Activities (Prevention) Act. Kalita and Narwal are members of the women’s rights group Pinjra Tod, while Tanha is a student from the Jamia Millia Islamia university in Delhi.

Speaking to Sputnik, a senior Delhi Police official stated that following the passage of the Citizenship Amendment Act (CAA) in parliament in 2019, these activists, along with other accused persons, conspired to cause disruption.

The plan was to cause chaos at such a magnitude in the national capital that it would lead to disorderliness and the disturbance of law and order on an unprecedented scale.

The CAA enables “persecuted religious minorities”, such as Hindus, Sikhs, Christians, Buddhists, Jains, and Parsis from Pakistan, Bangladesh, and Afghanistan, to seek Indian citizenship. The law, however, excludes Muslims, which has angered many people who view it as discriminatory and unconstitutional.

The Delhi Court granted bail to the activists on Tuesday while observing that the “line between the constitutionally guaranteed right to protest and terrorist activity seems to be getting somewhat blurred”.

“The allegations against them do not prima facie disclose the commission of any offence under Sections 15 (Terrorist act), 17 (Punishment for raising funds for terrorist act) and 18 (Punishment for conspiracy) of the UAPA. The High Court held that therefore, the additional conditions, limitations and restrictions on the grant of bail under Section 43D (5) UAPA do not apply,” the court had said.

It further mentioned that “we are constrained to express that it seems, that in its anxiety to suppress dissent, in the mind of the state, the line between the constitutionally guaranteed right to protest and terrorist activity seems to be getting somewhat blurred. If this mindset gains traction, it would be a sad day for democracy.”

All three accused have been directed to sign a personal bond of INR 50,000 ($680) each with two sureties.

They have been directed not to leave the country, share their mobile number with the local police officials, and not contact prosecution witnesses or tamper with evidence.

The violence in northeast Delhi claimed the lives of 53 people and left nearly 600 injured. Delhi Police arrested over 1,753 people, over 1,000 of whom are still in jail. Police have filed at least 342 chargesheets in the cases filed against 1,553 people.

India Teams Up With Japan to Work on 5G, Telecom Security Amid Hostile Relations With China