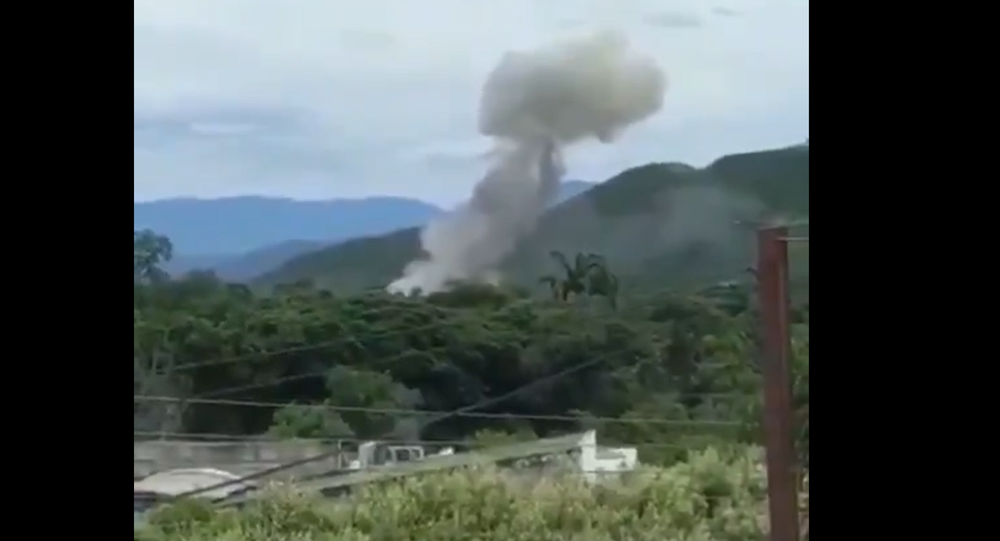 There have been no reports of casualties after the incident in Cucuta. According to local media reports, emergency services and ambulances were immediately directed to the site.

Colombian President Ivan Duque said on Tuesday that a vehicle exploded in the facility of the 30th Brigade of the Army, located in the city of Cucuta, and tweeted that he instructed Defense Minister Diego Molano to investigate the blast.

“I have instructed the Minister of Defense, @Diego_Molano, to go to the city and carry out investigations to clarify this unfortunate situation”, Duque tweeted.

​Molano also tweeted to confirm his departure to Cucuta to “verify” the situation and “activate the pertinent actions in the face of these serious events.”

​Earlier in the day, local media reported that a car bomb exploded in an army facility in the Colombian city of Cucuta, at around 3:30 p.m., local time.

It was not immediately made clear whether the blast caused injuries or claimed any lives, but some reports say that several soldiers were wounded.

Videos shared on social media allegedly shows the moment of the explosion and its aftermath.

JUST IN 🚨 Strong explosion reported in the complex of the National Army, located in Cúcuta, Colombia

​No further information was immediately available.

Cuba Advises Tourists to Visit Island Without Dollars in Cash