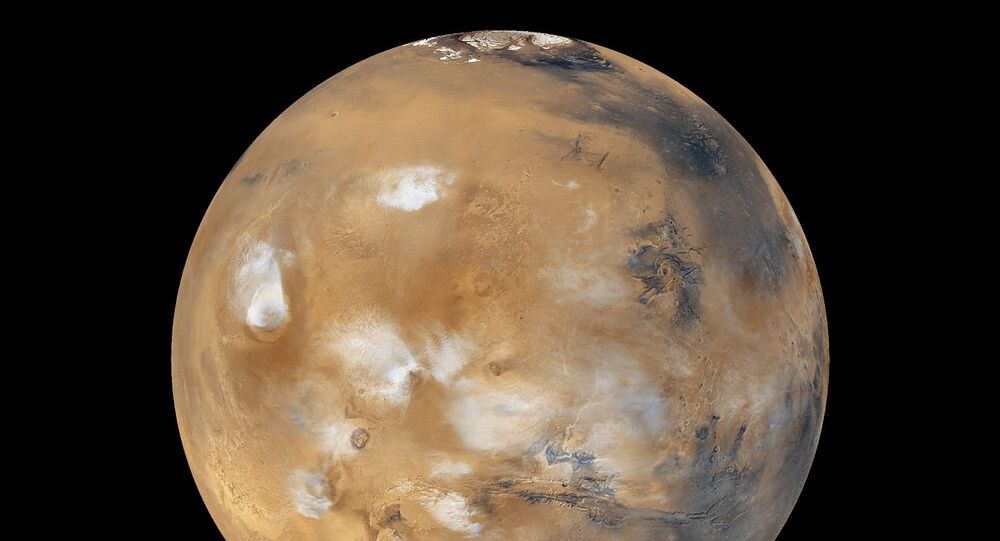 Alien enthusiasts love looking through NASA photos in an attempt to find some proof of extra-terrestrial life – or, at any rate, that it formerly existed – on other planets. Some claim that they have been rather successful…

A frenetic UFO hunter claims he has found more proof of life on Mars with an image of an upward-looking “face” on the Red planet’s surface that was captured by NASA.

Scott C Waring says that the apparent profile he discovered among dusty Martian stones and reliefs did not “look human,” but had “similar features visible”.

​“It has a rugged large chin, open mouth, normal size nose, eyebrow ridge and forehead. It looks as though it has a longer skull and its hair is also very large,” the man claims.

“This person must have been someone very significant for them to make a face this big on Mars,” he added, noting that the ancient face must have been made “millions of years ago”.

According to Waring, the finding adds to the “hundreds of faces on Venus, the Moon, Earth and Mars” he claims to have discovered in the past few decades.

Waring’s new sighting has not produced any furore among UFO community so far. But he is no stranger to accusations of pareidolia – a tendency to see patterns or objects in ordinary things.

According to the enthusiast, his findings have often been dismissed by critics who apparently were “denying a reality that is too painful”.

First-Ever Signature of Hydroxyl Molecule Spotted Beyond Our Solar System

All Sizes Matter: Scientists Discover Tiniest and Cutest Chameleon With the Biggest Genitals