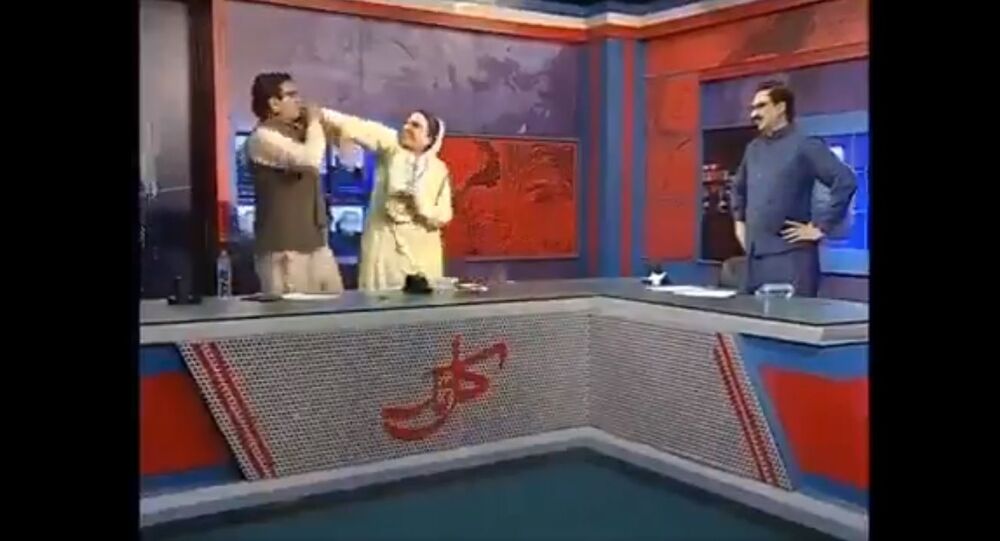 In an eye-grabbing incident, a political debate being aired on one of Pakistan’s national television news channels took an ugly turn. Two senior politicians belonging to opposing parties ended up in a shouting match that ended up in a slap to the face.

Firdous Ashiq Awan, senior member of the ruling Pakistan Tehreek-e-Insaf (PTI) party, was debating Qadir Khan Mandokhel, a leader from the Pakistan People Party (PPP) on the topic of corruption. The debate was aired on Pakistan’s Express TV channel.

The debate took a heated turn when Awan and Mandokhel stood up from their seats in the studio, face to face, and yelling censored abuses at each other’s faces. A few seconds later, 51-year-old Awan dramatically held Mandokhel by his collar and slapped him across his face.  Her action infuriated the PPP representative and he shrugged off and pushed the lady away.

Others present in the studio tried to control the awkward situation, a video clip that has gone viral on social media shows.

​Following the incident, Awan uploaded a video on Twitter of herself saying that Mandokhel had made offensive comments that violated her personal privacy that caused her to slap him.

“During the talk show, PPP’s Qadir Mandokhel threatened me. He insulted my late father and me by using abusive language. I had to take an extreme step in my defence,” she said while revealing that there could be legal consequences against Mondokhel after this incident.

​As of now, Mondokhel’s statement on the incident remains to be heard.

Talking of slaps that recently made it to the headlines, earlier this week French President Emmanuel Macron received an unpleasant welcome in Drome when a man from the crowd slapped him in the face as he approached local residents to shake hands.