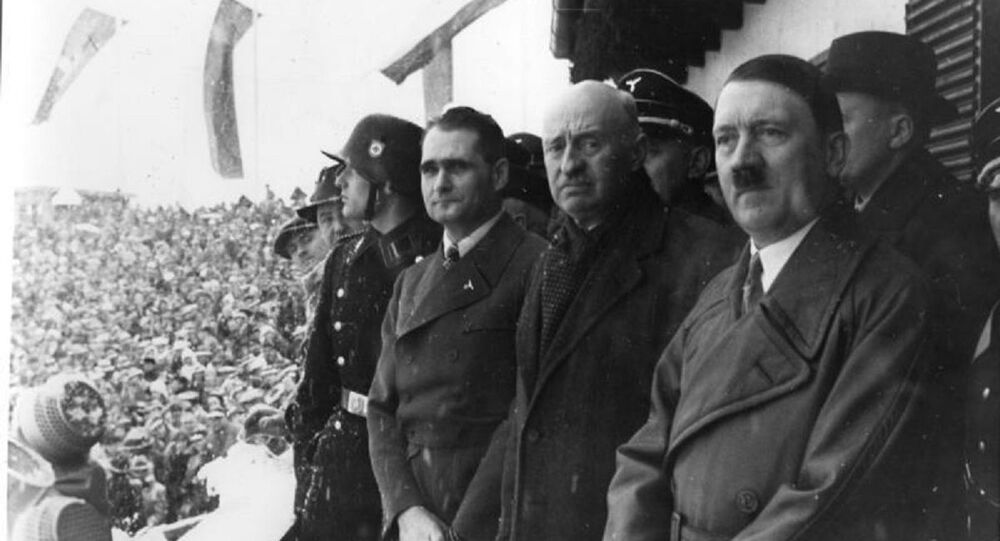 Andrew Dymock managed the right-wing System Resistance Network’s online presence. He published an article in which he said Jewish people were a “cancer” and needed to be exterminated.

A British university student who claimed Adolf Hitler was “the greatest feminist of all time” faces jail after being convicted of 12 terrorism charges at the Old Bailey in London.

Andrew Dymock, 24, from Bath in the west of England, played down his views during his trial and even claimed he had been the victim of a conspiracy cooked up by the rival National Action group.

​Detective Chief Superintendent Martin Snowden, head of counter terrorism policing north east, told the BBC Dymock had established the System Resistance Network (SRN) and the Sonnenkrieg Division – both of which are proscribed organisations under British law.

​Dymock ran SRN’s Twitter account and in November 2017 he used it to described Muslims as “Islamic scum” and praise Bosnian Serb leader Ratko Mladic, who was on trial at the time for war crimes, including involvement in the Srebrenica killings.

The trial also heard Dymock was an ardent admirer of Hitler and exchanged emails with his mother Stella in which he defended the Nazi leader’s policies.

In December 2017 his mother had been following a thread on Mumsnet and said some feminists were appropriating alt-right viewpoints and asked him if he agreed.

​Dymock replied: “I’m not part of the alt-right. I hate the alt-right as much as I hate the left. The only true form of feminism is found within the fascist worldview. I honestly believe that Hitler was the greatest feminist of all time.”

He included a link to a speech Hitler made in 1934 at a meeting of the  National Socialist Women’s League in 1934.

Dymock will be sentenced later this month.

Not Losing His Marbles? Boris Johnson Rules Out Returning Parthenon Sculptures to Greece