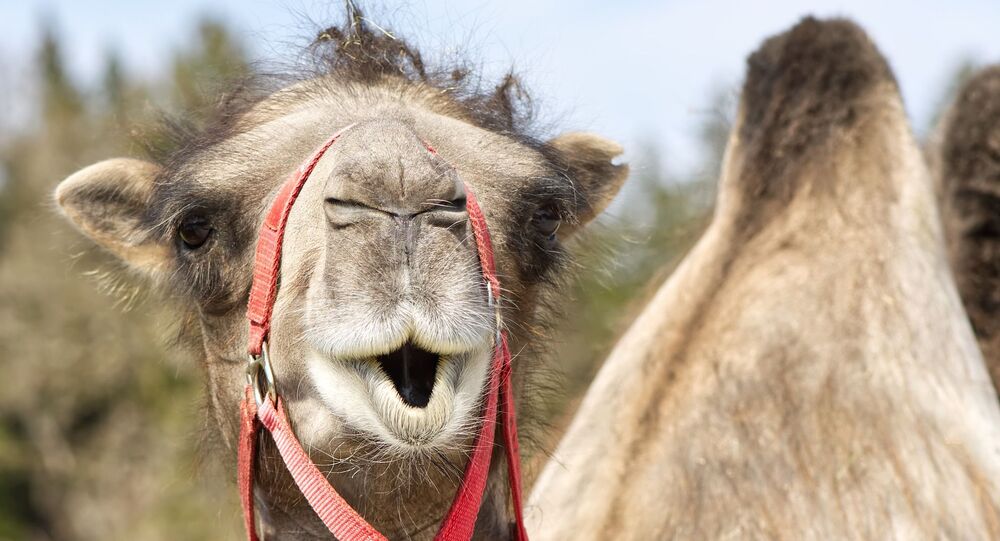 Despite animal sacrifice being banned by the Indian government under the Prevention of Cruelty to Animals Act enacted in 1960, such cases are not rare and remain part of religious rituals across the country.

A milkman in Udaipur, a popular tourist destination famous for its artificial lakes and lavish royal residences, beheaded a camel and offered its head to a deity, hoping to get success in his business.

The milkman, Rajesh, was worried after his business dwindled as the 30 cows he owned were producing less than the usual amount of milk. Concerned about the sudden drop in milk production, Rajesh allegedly approached a local godman, Shobha Lal Mali, to seek his advice.

Mali reportedly told Rajesh that the local deity was upset with him and would be appeased only if he offered the head of a camel along with religious rituals.

Since Rajesh did not own a camel, he along with Mali and another friend, Raghunath, began searching for a camel to be beheaded. They found an unclaimed camel, verified that it had no owner and fed it fodder for a few days.

Mali chalked out all the rituals to be observed during the animal sacrifice, which was done late in the night on 23 May. They cut the animal’s neck with an axe and took it to fields that belonged to Mali. It was necessary that the ritual be held in the darkness; after it was performed, the camel’s head was buried in the field. Two days later, the men dug out the head and buried it in a pit outside Rajesh’s house.

Residents alerted the police after they discovered the dead, headless camel lying in a vacant plot near the town. Taking cognisance, the police formed an investigating team under the supervision of a senior police officer to find the guilty.

After an interrogation of the villagers, the godman, Mali, became a suspect. He admitted to have killed the animal for a sacrifice ritual following which the police arrested all four people — Rajesh, the milk man, Mali, the godman, his son Chetan and friend Raghunath, who had assisted in the killing.

The camel’s head was recovered from outside Rajesh’s house.

Rajasthan has a history of camel sacrifices, with the ritual followed by the royal families of the state along with the people. In 2014, the Tonk royal family, which had been sacrificing two camels every year since 1864 and giving the meat to the poor as part of the Eid-ul-Zuha festivities, announced it would discontinue its tradition. This was done after the government of Rajasthan, decided to name camel as its state animal and made it illegal to hunt or kill them.

A census of the animals showed that there were only 322,000 camels left in Rajasthan, down from 668,000 animals in 1997. In 2014, the government declared the camel to be state animal of Rajasthan and in 2015, it passed the Rajasthan Camel (Prohibition of Slaughter and Regulation of Temporary Migration or Export) Act that prohibited the slaughter, trade and unauthorised transportation of camels.

There have been several campaigns to protect the animals from slaughter during religious functions.

Animal sacrifice is an age-old tradition in parts of India and is done openly in states like Uttar Pradesh on the occassion of Muslim festivals like Eid-ul-Zuha. While animal rights organisations like the People for Ethical Treatment of Animals have been opposing acts of animal sacrifices, many times those protesting against it are targeted.

When PETA India and local activists rescued these camels from Eid sacrifice.

Check out the post to learn what you can do about animal sacrifice: #EidAlAdha #Throwback

Islamists in India celebrate the death of #IrrfanKhan because he opposed animal sacrifice as part of Hajj and Eid.

In Varanasi, Prime Minister Narendra Modi’s parliamentary constituency, the government bans animal sacrifice in the open but exempts the traditional camel sacrifice that is done amid huge gathering of people.

Four camels are sacrificed by Muslims at two sites in Varanasi during the Eid-ul-Zuha festivities where hundreds gather to collect the meat of sacrificed camels. Often chaotic scenes prevail as people jostle with each other for the coveted meat. The Varanasi civic body is entrusted with the task of disposing off the waste of sacrificed animals.

Once more @myogiadityanat takes the lead, banning animal sacrifice in the open during Bakrid. Protects public hygiene. Other states in India should implement such instructions.https://t.co/Hxy5azt6M4