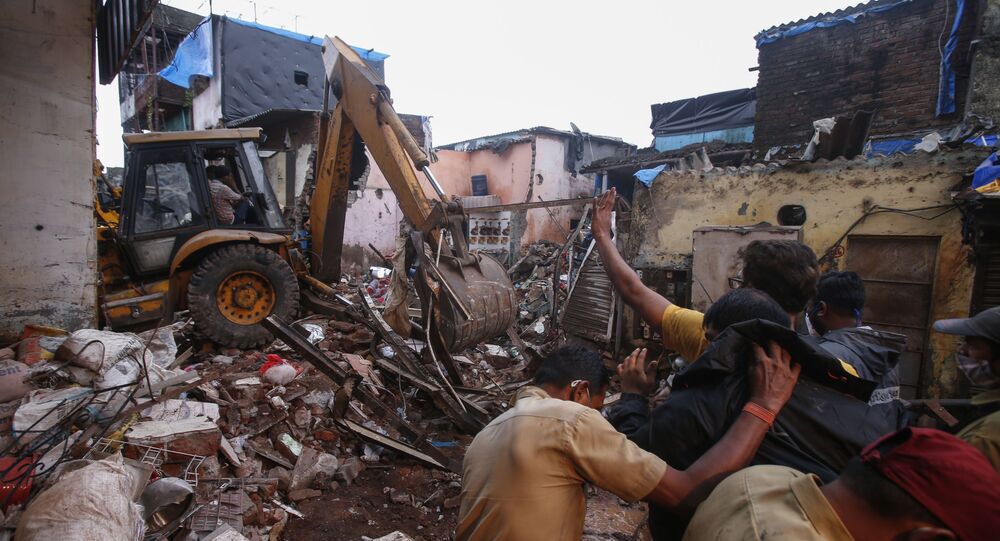 The monsoon season for 2021 arrived in India’s tinsel town Mumbai on 9 June, followed by strong winds, lightning and thunderstorms. In a short time however, the heavy rains lashing Mumbai managed to create chaos throughout the city, leaving roads flooded and infrastructure damaged.

A total of eleven people, including eight children, died in Mumbai when their three-story residential building collapsed on Wednesday night. The accident, that is being blamed by locals on the continuous rains, happened in the city’s blighted Malad Malwani area. Seven other people have been injured and are being treated in the hospital.

Aslam Shaikh, a Congress Party minister from Maharashtra who reached the site of the incident for inspection, also told the reporters present there that the accident happened due to heavy, incessant rains.

“There is a possibility of more people stuck under the debris. Teams are present here to rescue people,” Vishal Thakur, Deputy Commissioner of Police (DCP) Zone 11, Mumbai said while commenting on the present situation. 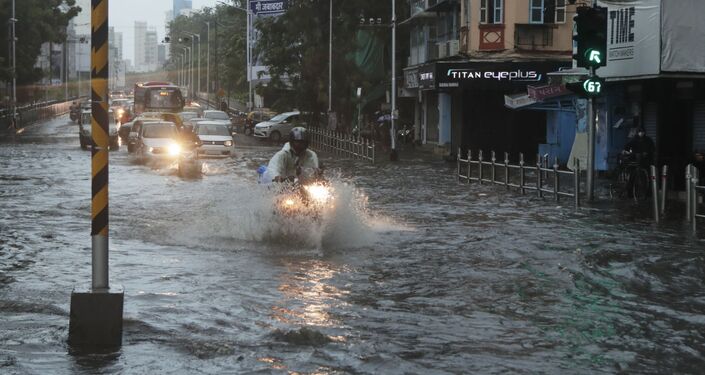 Visuals from the site of the incident have surfaced on social media. They detail  that the building which had collapsed stood in a densely populated area of Mumbai – with other houses and huts built in close proximity.

The footage also shows cranes being used to move around the debris to see if any other people or animals remain trapped. Neighbourhood residents are also present at the site, attempting to assist rescue forces.

At least 11 people were killed & 7 others injured after a residential building collapsed in the New Collector compound, Malad West of Mumbai late on Wednesday night.

Search and rescue operation for trapped people is underway. pic.twitter.com/sGXROoO3DQ

​Due to the continuous downpours, several streets of Mumbai have flooded. Certain local train stations have also been shut temporarily as the tracks have submerged in water.

​The India Meteorological Department (IMD) issued a “red alert” rain forecast for Mumbai, and nearby regions of Thane, Palghar and Raigad have also been issued warnings.

Other parts of India, including Uttar Pradesh, Madhya Pradesh and Kerala are also witnessing thunderstorms, strong winds and rain.