The US slapped the Islamic Republic with crushing energy sanctions after unilaterally pulling out of the Iran nuclear deal in 2018. The US move – which also included threats of secondary sanctions against countries that continued to do business with Tehran, prompted many of the Middle Eastern nation’s traditional energy customers to halt imports.

Iran will be able to restore most of its crude oil export capacity within one month of a US return to the Joint Comprehensive Plan of Action nuclear agreement, National Iranian Oil Company deputy head of production Farrokh Alikhani has indicated.

“We have estimated the time required for a full recovery to be three months, on the basis of the plans and arrangements made, and our anticipation is we would revive most of the capacity as planned within one month,” the official said, his comments cited by FARS.

The official noted that after capacity is increased, the next step will be to increase output to over 4 million barrels per day. 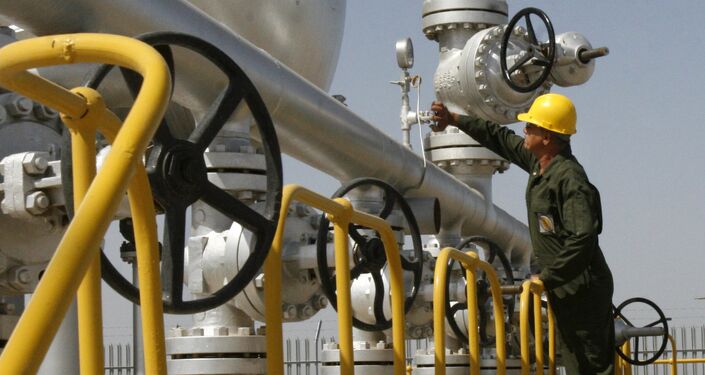 Iran’s oil production has fallen significantly in the last three years after the imposition of tough energy sanctions by the United States, which has threatened secondary penalties against its partners if they continue doing business with the Islamic Republic. Output currently stands at about 2.5 million barrels per day, although the country has recently indicated that it hopes to grow production to over 6 million barrels per day.

The US introduced sanctions on Iranian energy exports after withdrawing from the JCPOA, with a stated policy of bringing the Middle Eastern nation’s sale of energy abroad down “to zero.” The restrictions prompted major importers from India, South Korea, Japan, Italy, Greece and Taiwan to dramatically reduce imports or halt purchases altogether. China, another major customer of Iranian crude, also cut imports, but refused to stop imports entirely despite US threats.

This spring, despite negotiations with Iran on a possible US return to the JCPOA, the Biden administration threatened to enforce its oil sanctions on China amid reports of soaring imports.

In the meantime, Iran has used its oil wealth to assist Syria –whose own oil and gas reserves were seized by the US and its allies, and Venezuela, whose production of gasoline has been decimated in the wake of US sanctions and years of decay in the refining sector. Iran has also exported natural gas and electricity supplies to neighbouring Iraq, ostensibly a US ally, amid Baghdad’s difficulties in restoring power production in the wake of the 2014-2017 war against Daesh (ISIS).*

The remaining signatories to the JCPOA have been meeting with US officials in Geneva for weeks now in a bid to reach an accord under which the US would remove sanctions in exchange for Iran cutting down on its uranium enrichment and stockpiling activities. America’s Israelis allies have sought to stop a US return to the agreement at all costs, threatening to go so far as to carry out military strikes on Iranian nuclear sites to stop the country’s alleged pursuit of nuclear weapons. Tehran has stressed repeatedly that it has no desire to build nuclear weapons, and said that Israel is the only nation in the Middle East to have the bomb. Tel Aviv neither confirms nor denies its nuclear status.

* A terrorist group outlawed in Russia and many other countries.