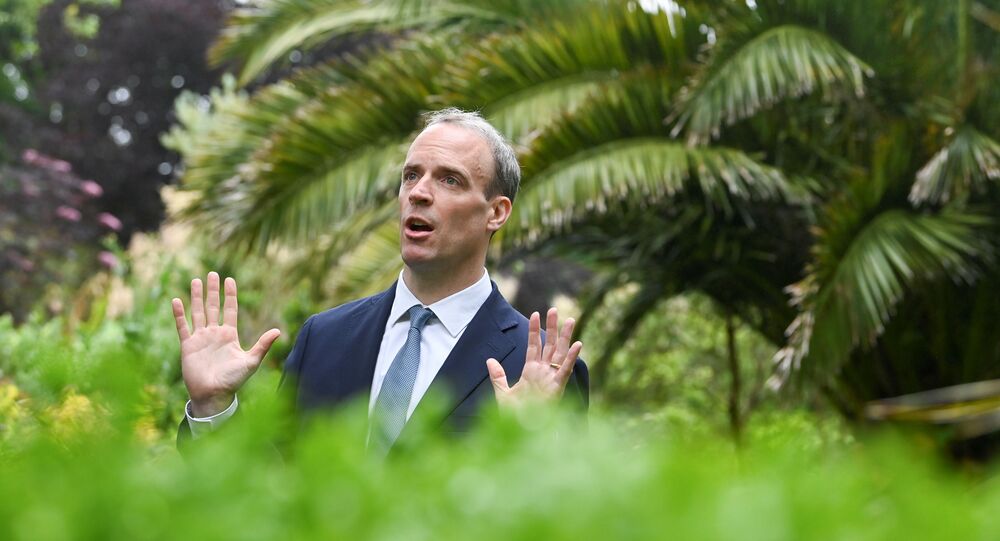 British Foreign Secretary Dominic Raab has announced that he will be holding talks with his Russian counterpart Sergei Lavrov, after having accused Russia of being a leading proponent of cyberattacks.

Speaking in an interview on Friday, UK Foreign Secretary Raab said that some nations are using COVID-19 vaccinations as a diplomatic tool to assert influence. Britain, according to the foreign secretary, is against so-called “vaccine diplomacy”.

“There’s no doubt there’s some of this is going about, and we don’t support vaccine diplomacy, let alone blackmail”, He said.

Raab’s comment follows a promise by UK Prime Minister Boris Johnson at the G7 summit to “donate at least 100 million surplus doses in the next year to those who need them”.

Johnson also called on other G7 leaders to donate as much as 1 billion doses of coronavirus jabs to other countries.

“I want the G7 to adopt an exacting yet profoundly necessary target: to provide one billion doses to developing countries in order to vaccinate everyone in the world by the end of next year”, the PM said.

Speaking about “jab diplomacy”, Raab said that Britain didn’t support it. Yet, Downing Street thinks it not only has a “moral duty, but also a strong vested interest in getting the world vaccinated”, he added.

He called on “countries like China and Russia” to support the fight against the pandemic and “climate change, and also to respect the basic principles of international law”.

Among its foreign aid initiatives, in April, Russia sent a large shipment of coronavirus treatment drugs, ventilation equipment, oxygen supplies, and other medical equipment to India, heavily stricken by the pandemic.

The UK has contributed £548 million to COVAX, a global alliance that has so far supplied 80 million doses of COVID-19 jabs to developing countries.