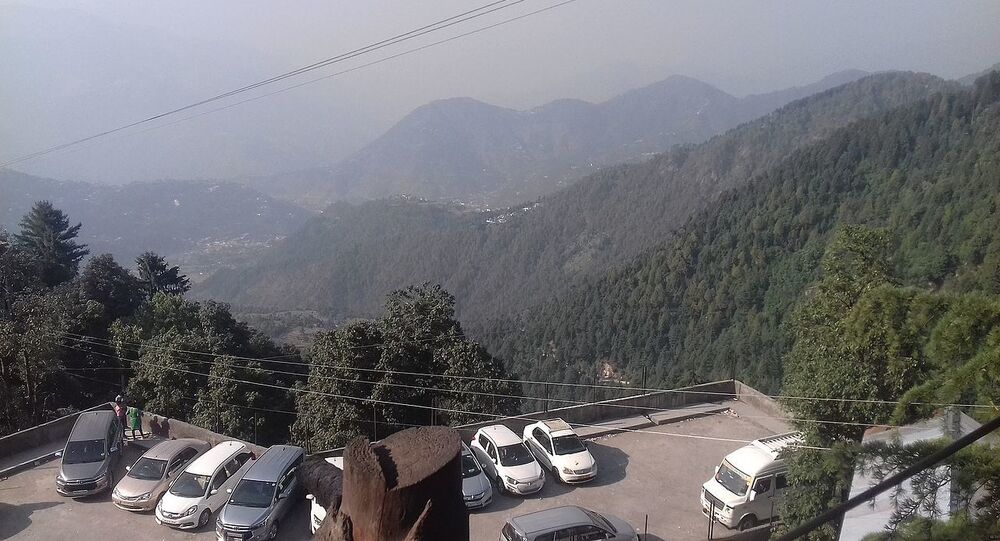 Dalhousie, is a town spread over five hills near the Dhauladhar mountain range, in the Chamba district of the state of Himachal Pradesh. It is famous for its spectacular natural beauty, nestled deep in the Himalayas at an altitude of 6,460 feet and offers a stunning, panoramic view of the Himalayan range extending from Himachal Pradesh to Kashmir.

Dalhousie, the name of a small yet popular mountain town snuggled in the remote Pir Panjal range of the Himalayas, has triggered a heated political row within the governing Bharatiya Janata Party (BJP).

BJP parliamentarian Subramanian Swamy has locked horns with the BJP state chief of Himachal Pradesh over demands to rename the town, blasting Thakur for “sticking with Congress” over the issue.

The picturesque town, which offers a panoramic view of the mighty Himalayas, was named after Lord Dalhousie, Governor General of India in 1848 and is marked by British-era architecture, including several churches and a 19th century cemetery. The town was created by the British to be used as a sanatorium for UK troops.

Lord Dalhousie is known for promoting the “divide and rule policy” in India after Hindus and Muslims fought a united battle against the British in 1857. The policy sowed seeds of discord between Hindus and Muslims and created great communal tension. Swamy has sought the name to be changed to Subhash Nagar, after Indian leader Subhash Chandra Bose who played a key role in the freedom movement against the British.

In a letter that Swamy wrote to Himachal Pradesh Governor Bandaru Dattatreya he rquested that Dalhousie be renamed Subhash Nagar. “In 1992, the then chief of Himachal Pradesh, Shanta Kumar, had issued a notification [about] renaming Dalhousie Subhash Nagar. The notification was cancelled by the Congress government in 1994 by the then-State Chief Virbhadra Singh”, wrote Swamy.

He demanded that the earlier notification by the BJP-led government be reinstated.

Yet, his demand has not been acknowledged by the BJP state chief of Himachal Pradesh, Jai Ram Thakur, who told the media that he is “unaware of any such demand and not in favour of changing the town’s name”.

Local residents have been opposing the efforts of various governments to change the name of their town as well.

“People of the town totally don’t want a name change. Why should Dalhousie be known as Subhash Nagar, which sounds like the name of a street, when it has taken over 175 years to bring it on the international map of tourism. Just because someone like Swamy, who is from Tamil Nadu and has no local base, wants it?”, Asha Kumari, a legislator from Dalhousie, who hails from the royal family of Chamba, told Sputnik.

“The local population depends heavily on tourism, it is a hub of elite schools named after Dalhousie. It is famous the world over by its name and every citizen of the place is opposing it, across all party lines. When Shanta Kumar renamed it Subhash Nagar, the whole town was up against it and were ready to take the matter to the court”, she added.

Speaking to Sputnik, Rajiv Sharma, a local resident said: “These are political games and gains. Local people get nothing out of it. Dalhousie is a popular tourist place and is known by its name the world over. If you change the name, it will lead to an identity crisis”.

‘We Learnt to be Self-Reliant’: Indian RJs Reinvent and Evolve to ‘New World, New Radio’