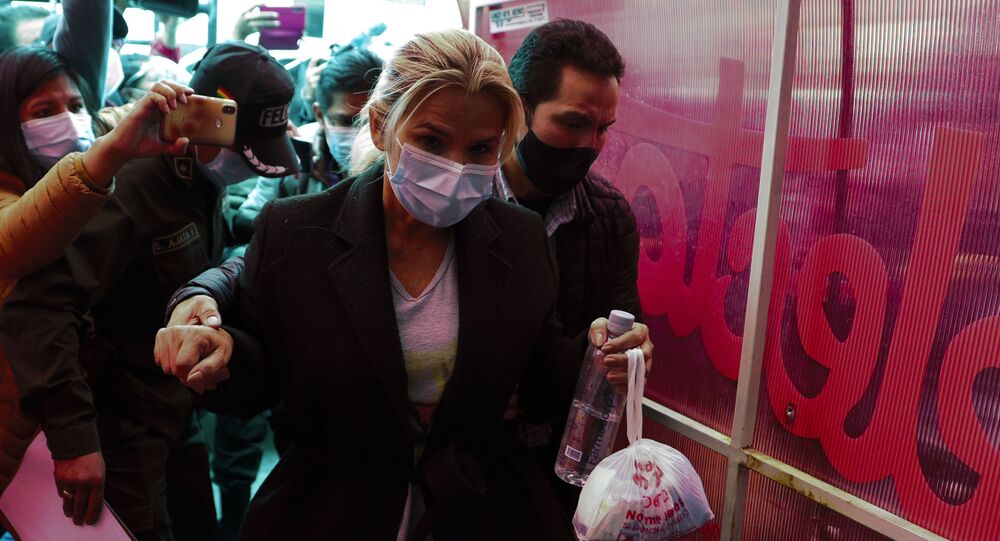 According to the official, the authorities received unofficial information that the Moreno administration had possibly delivered large caliber ammunition to Bolivia. Earlier in the month, Bolivian lawyer Gary Prado, who represents two former defense ministry officials, said that when Anez was the interim president, a military plane was dispatched to Ecuador to deliver anti-riot equipment for the police and military.

“This is currently under investigation and in the coming hours we will inform the Bolivians about all shipments delivered by Ecuador to Bolivia,” del Castillo told journalists during a press conference.

The El Deber newspaper reported that the ammunition deliveries could have taken place during the Bolivian protests in the wake of the ouster of then-President Evo Morales in late 2019.

In November 2019, Bolivia experienced a change in leadership following mass protests against the results of a general election the month before. Evo Morales stepped down as president on November 10 and fled to Mexico. Most of Bolivia’s senior officials resigned with him. This resulted in the upper house’s second vice speaker, opposition lawmaker Jeanine Anez, declaring herself interim president and vowing to hold a new election.

The new vote in 2020 was won by Socialist candidate Luis Arce aligned with Morales.