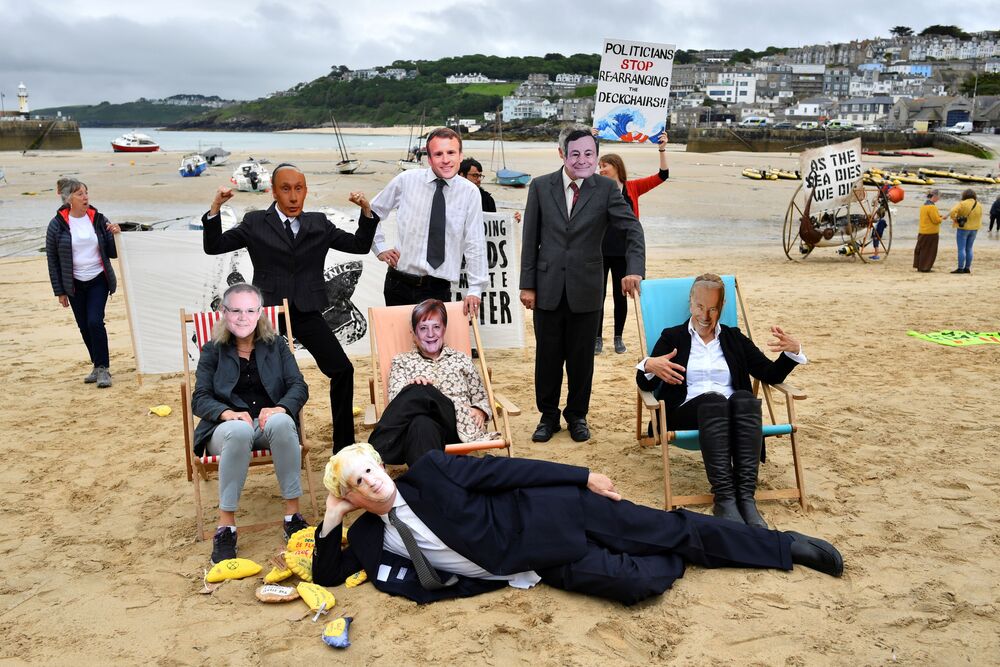 The Group of Seven (G7) summit in the United Kingdom will last until 13 June. It consists of the UK, Canada, France, Germany, Italy, Japan, and the United States. Meanwhile, activists have also arrived to voice their concerns regarding the global agenda.

Climate activists were the first to announce they would have their say amid the G7 summit. On 8 June, members of Extinction Rebellion blocked the access road to a power station in Oxfordshire in the southeast of England, accusing the German energy company running the plant of “greenwashing”.

Check out Sputnik’s photo gallery to get a glimpse of all sorts of activists trying to call on politicians and persuade them to secure a more just approach to climate issues.

While They Were Still Together: Bill and Melinda Gates’ Most Iconic Photos