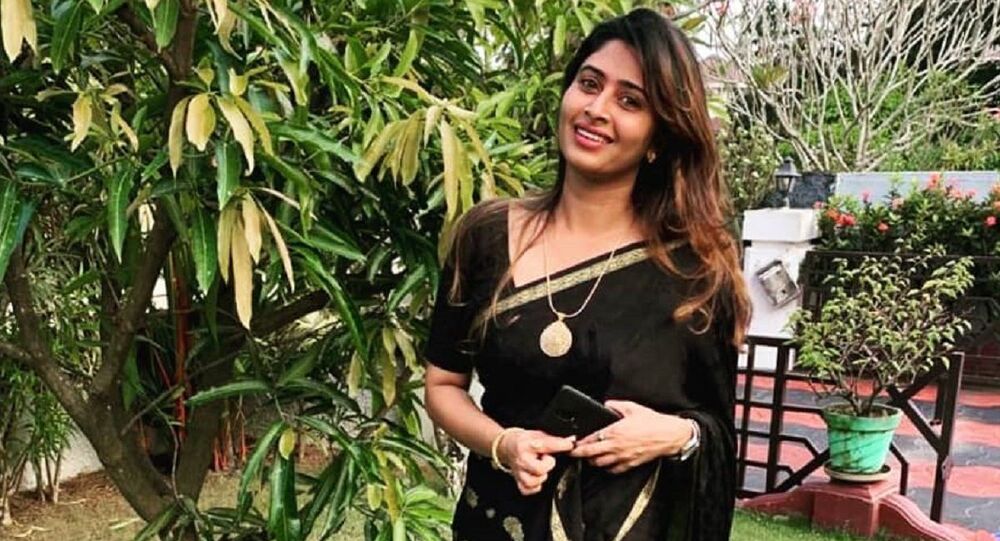 Thousands of inhabitants of India’s Lakshadweep islands in the Arabian Sea have been protesting against controversial new reforms that include rules on easing COVID restrictions, the introduction of the Gunda (Goon) Act, and a ban on beef introduced by Administrator Praful Khoda Patel.

Actress-turned-activist Aisha Sultana was accused of spreading fake news after she made comments against Lakshadweep Administrator Praful Khoda Patel and the Narendra Modi government during a debate over a controversial reform law on a Malayalam language news channel on Wednesday.

Sultana alleged that the BJP-led government is using Patel as a “bio-weapon” for the spread of COVID-19 in the Lakshadweep islands.

She claimed that Lakshadweep, which had zero COVID-19 cases until last year, saw a sudden rise due to new reforms introduced by Patel that lifted travel restrictions and eased the COVID rules.

“The BJP leader said the centre is trying to care for the islanders. Does this care result in the increase of several COVID patients who had zero cases to hundreds of cases per day? They have used a biological weapon. I can say one thing very accurately: the centre has clearly used a bioweapon in a place which had zero cases”, Sultana said during a debate.

Upset over her controversial remark, BJP leader Abdul Khader filed a police complaint against her and said, “Sultana is circulating false news about the spread of COVID-19 in the union territory” by the federal government.

Calling it an “anti-national act”, Khader, in his police complaint, accused Sultana of tarnishing the “patriotic image” of the Narendra Modi-led federal government, and sought action against her.

Her remarks sparked outrage on social media as many netizens demand that she withdraw her statement as it is “sending a wrong message against the country”.

Reacting to the sedition charges, Sultana took to Facebook and further clarified her point about calling Patel a “bio-weapon” and not the government or the country.

“I had used the word bio-weapon in the TV channel debate. I have felt (Praful) Patel, as well as his policies, have acted as a bio-weapon. It was through Patel and his entourage that Covid-19 spread in Lakshadweep. I have compared Patel as a bio-weapon, not the government or the country…. You should understand. What else should I call him…” Sultana wrote on Facebook.

In a bid to develop the area as a major tourist attraction “like the Maldives”, Patel introduced new reform rules called the Lakshadweep Development Authority Regulation, 2021 (LDAR 2021).

The inhabitants of the Lakshadweep islands, which has a mostly Muslim population that is heavily dependent on fishing, have referred to it as an “anti-people reform” and alleged that Patel has unilaterally lifted restrictions on the use of alcohol, which is against their culture. They also slammed Patel for banning beef and demolishing fishermen’s sheds along the coastal areas.

With the #SaveLakshadweep hashtag, several celebrities, politicians, and netizens have come forward to extend their support to the inhabitants of the islands and urging the government to roll back the rules.

No PPE, No Vaccine: The Plight of Overworked Crematorium Workers in India’s West Bengal