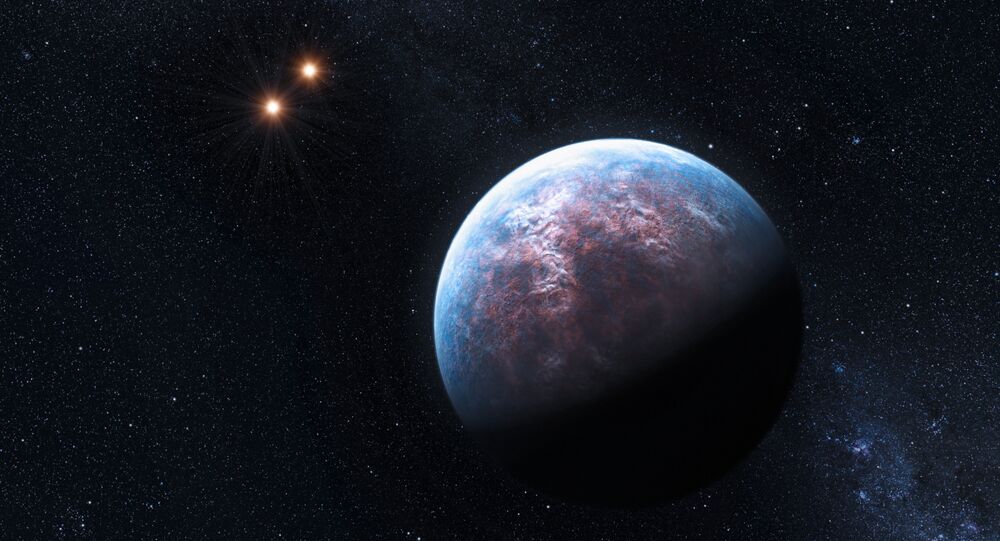 The planet, some 90 light-years away from Earth, has a temperature similar to our own planet, exciting scientists.

A recently-discovered planet is intriguing scientists in their hunt for extraterrestrial life.

Exoplanet TOI-1231 b, orbiting a red dwarf star every 24 days, was found by researchers from Nasa’s Jet Propulsion Laboratory and the University of New Mexico to have an atmosphere approximately 330 Kelvin or 140 degrees Fahrenheit. In layman terms, this makes it one of the coolest small exoplanets accessible for atmospheric studies out of any discovered before.

In their research, titled “TOI-1231 b: A Temperate, Neptune-Sized Planet Transiting the Nearby M3 Dwarf NLTT 24399,” the team study the dwarf star orbited by the exoplanet to measure both the radius and the mass of TOI-1231 b.

This data provided them with the calculations of density and allowed the team to theorise about the planet’s composition.

The planet, smaller but older our own Sun, is a sub-Neptune sized body. It’s eight times closer to its star than Earth is to the Sun. What is fascinating for scientists is that its temperature is similar to our home planet.

Startup, Disrupt! 5 Entrepreneurs Who are Making Waves In The Emerging Technologies Sector in 2021

Along Came a Spider: New Species of Arachnid That Ambushes Predators Found in Florida

‘Discovery Whole World Will Talk About’: Remains of Neanderthals Mauled by Hyenas Found in Italy