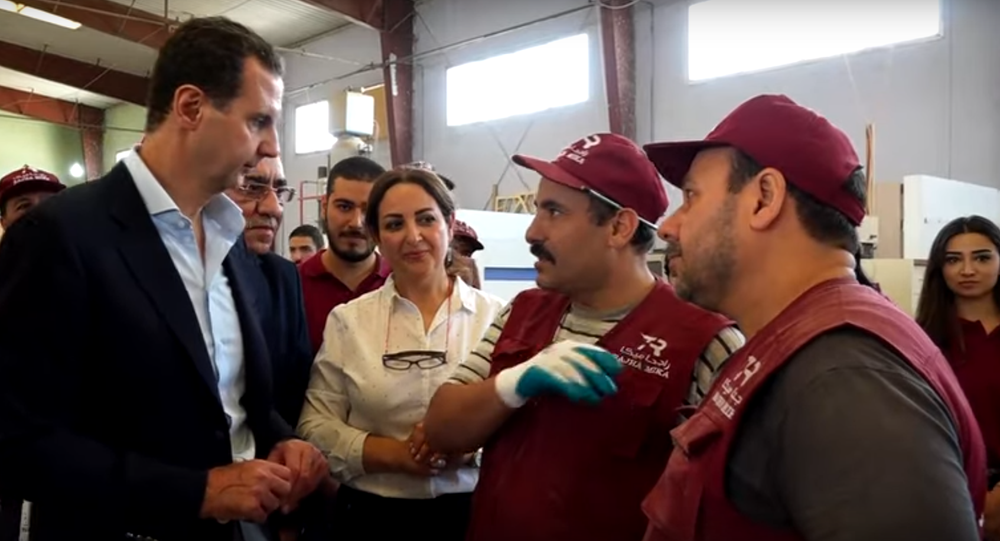 The Syrian Arab Republic has lived through a decade-long US-led campaign to destabilise the country and overthrow its government, fighting off an assortment of foreign-backed rebels and jihadist militants. Now, the country is suffering from the occupation of its oil and food-rich eastern regions, and a US and European economic blockade.

Syrian President Bashar Assad has expressed confidence that Damascus will be able to overcome the impacts of the West’s economic blockade and restore the country’s industrial base.

“Indeed, we have the capabilities to overcome obstacles. We have real capabilities to bypass the siege, mitigate its effects, and create more job opportunities in Syria,” Assad said during a tour of the Adra Industrial City in the Damascus countryside on Wednesday.

After touring factories and speaking to workers and managers, Assad told reporters that the city, “which has been on the front line between the army and the terrorists for many years, has survived… My visit today aims to stress the priority of the economy in the upcoming stage and how to overcome the obstacles facing the productive sector in general in Syria.”

The president added that although he was not surprised by the scale of economic activity in the city, because he keeps abreast of economic affairs, the visit served as an important morale booster, demonstrating “the real capabilities of the Syrian industry, which has survived.”

“What I saw carried several messages, messages to people who have capabilities, have resources, but lack the courage and lack of will to take the initiative, move, start work and start production,” he said. “The most important message that we get from this visit is that if there is the will to build the homeland, then we are able to build. It is true that capital is necessary, material capabilities are necessary in all circumstances and in all case for industry, but in conditions of war and siege, capital is not enough: we need capital, we need a strong will and we need a sense of patriotism, and these three things are what I felt in everyone I met during this visit,” Assad stressed.

The president promised that the state would provide the country’s industrial sector with all possible forms of support.

Before the war, Syria had one of the largest and most developed industrial sectors in the region, with industry contributing over a quarter of the country’s GDP, and based in petroleum products, textiles, food processing, phosphate rock mining, cement, and vehicle assembly.

During the conflict, the industrial sector suffered a major blow, with many factories destroyed in fighting, while others were dismantled and shipped wholesale abroad by jihadists to be sold in foreign countries. The conflict also caused some of the country’s business elites to flee the country together with their capital.

Damascus began a large-scale effort to rebuild in 2017 after the Syrian army and its allies liberated most of the country from al-Qaeda* and Daesh (ISIS)* terrorists. In 2018, Assad estimated that it would cost between $200 and $400 billion to repair the damage to housing, infrastructure and the economy caused by the war. 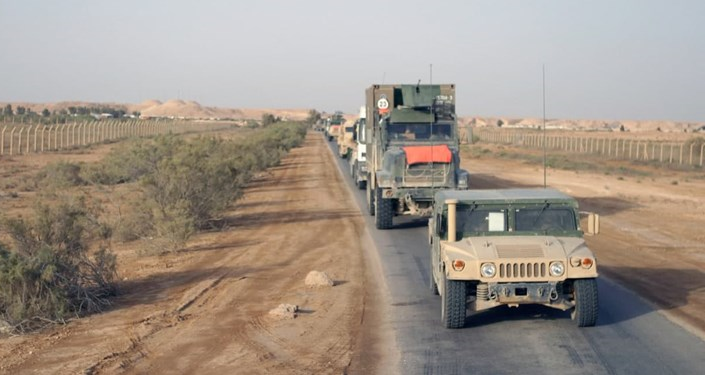 The country’s reconstruction efforts have been hampered, however, amid the ongoing US and Kurdish militia occupation of large swathes of eastern territories in Syria’s east – which is home to much of the nation’s oil and gas resources, as well as fertile agricultural lands that produce wheat and other grains. Earlier this year, Syrian oil minister Bassam Touma estimated that a whopping 90 percent of the country’s oil resources, which once provided the country with energy self-sufficiency and a stream of hard currency for foreign trade, is now under the control of Washington and its allies. He added that he estimates the direct and indirect damage to Syria’s oil sector caused by the war at over $92 billion.

In March, diplomats from Russia, Iran and China joined together in calling for the lifting of sanctions against Syria and an end to the West’s economic blockade. “Weaponising food and medicine and endangering the food security of a nation are unjust and unacceptable,” Majid Takht Ravanchi, Iran’s ambassador to the international body, stressed. Russian Deputy Foreign Minister Sergei Vershinin, meanwhile, accused the US of a two-pronged strategy of the “economic strangulation” of Damascus, and sanctions together with the smuggling theft of oil and foodstuffs from the impoverished country.

* Terrorist groups outlawed in Russia and many other countries.