The Trump administration approved the sale of the fifth-gen fighter to Abu Dhabi in September 2020 in exchange for the sheikdom’s agreement to normalize ties with the Jewish State. Israel, the only country in the Middle East operating the F-35, quietly sought to block the jet’s sale, and then insisted that other factors were behind the peace deal.

Former US Secretary of State Mike Pompeo has lauded the sale of F-35s to the United Arab Emirates as “a critical part” of the Abraham Accords, which normalised relations between Tel Aviv and Abu Dhabi.

“The agreement to sell the planes proved to the Emirates that we have confidence in them,” Pompeo told ynetnews in an excerpt from an interview published Thursday.

According to the former secretary of state, the F-35 sale, “beyond the capabilities it gives to the Emirates,” served as a signal “that the Israelis and the Americans believe that the Emirates can share their concept of security. And that is very, very important.”

The former Trump state department chief’s comments contradict previous statements on the matter by Israeli Prime Minister Benjamin Netanyahu and other Israeli officials, who have insisted and continue to insist that the F-35 was not part of normalisation from Tel Aviv’s perspective. Netanyahu repeatedly denied that his cabinet gave the go-ahead for the F-35s’ sale to Abu Dhabi, although other reports have indicated that his government tacitly approved the sale after being assured by the US that Israel’s military advantage would not be challenged. The Israeli leader also said that the accords were about “peace for peace,” rejecting the idea that Arab nations needed to be bribed to establish ties with Tel Aviv. 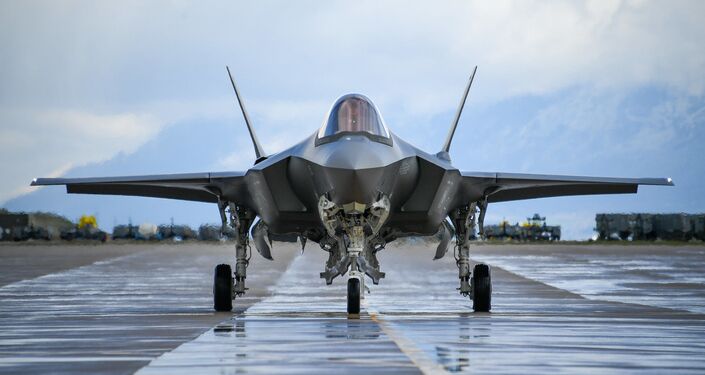 Emirati officials too have denied that the F-35 ‘sweetener’ was key to their decision to normalise ties with the Jewish State. Earlier this year, UAE ambassador to the US Yousef al-Otaiba suggested that Abu Dhabi agreed to the deal to stop Israel from illegally seizing wide swathes of the West Bank.

The UAE and Bahrain became the third and fourth Arab countries to normalise relations with Israel, signing the Abraham Accords in Washington last September in a deal brokered by Trump officials. Sudan and Morocco followed suit in October and December. Like the Emirates, the latter nations received ‘carrots’ from the United States in exchange for their decision, with Washington removing Khartoum from its list of state sponsors of terror, and recognising Rabat’s claims to Western Sahara. Egypt became the first Arab country to recognize Israel, doing so in 1979. Jordan did so in 1994.

The Biden administration briefly froze the $23 billion US arms deal with the UAE after taking office, but proceeded with the agreement in April following a technical review.

The Lockheed Martin F-35 programme is the most expensive weapons project in human history –with a total expected lifetime cost of over $1.7 trillion and climbing. Its expense, along with the hundreds of major and minor bugs and continuous upgrade requirements, has sparked outrage among some US officials, and complaints from the government’s spending watchdog. Earlier this year, reports that the US Air Force was already seeking a replacement for the plane sparked a public outcry.

Hezbollah Was on Verge of War With Israel Minutes After Beirut Blast, Field Commander Says