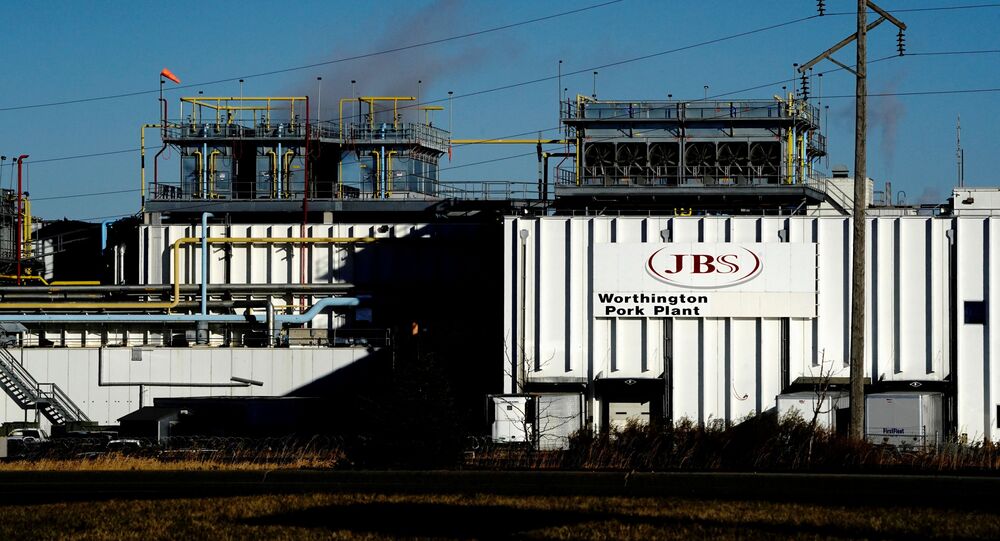 JBS is a Brazilian company considered to be one of the world’s largest producers of both beef and poultry, establishing a foothold in the US, Australia, Canada, Mexico, New Zealand and the UK. However, within the US, operating as JBS USA Holdings Inc., the company is known as the top dog in the industry.

JBS USA Holdings Inc. recently forked over $11 million in bitcoin to cybercriminals who attacked the company’s operating systems as part of a larger effort to avoid any further disruptions to the business, the supplier has revealed.

Andre Nogueira, the chief executive officer of the company’s US division, disclosed to the Wall Street Journal on Wednesday that the hefty bitcoin payout was done after the majority of the JBS’ plants had resumed operations.

“It was very painful to pay the criminals, but we did the right thing for our customers,” the company chief said, adding that the company tech experts warned hackers could attack again despite their efforts to mitigate the effects of the cyberattack. “We didn’t think we could take this type of risk that something could go wrong in our recovery process.”

“It was insurance to protect our customers,” Nogueira underscored, referring to the decision to pay the ransom.

Although officials did immediately alert US federal authorities about the ransomware incident, Nogueira revealed they also had cybersecurity experts and fellow consultants starting to negotiate with the attackers, who were later identified as the REvil group.

Back to Britain? Elon Musk’s Visit to Luton Sparks Rumours of Tesla Gigafactory Opening in UK