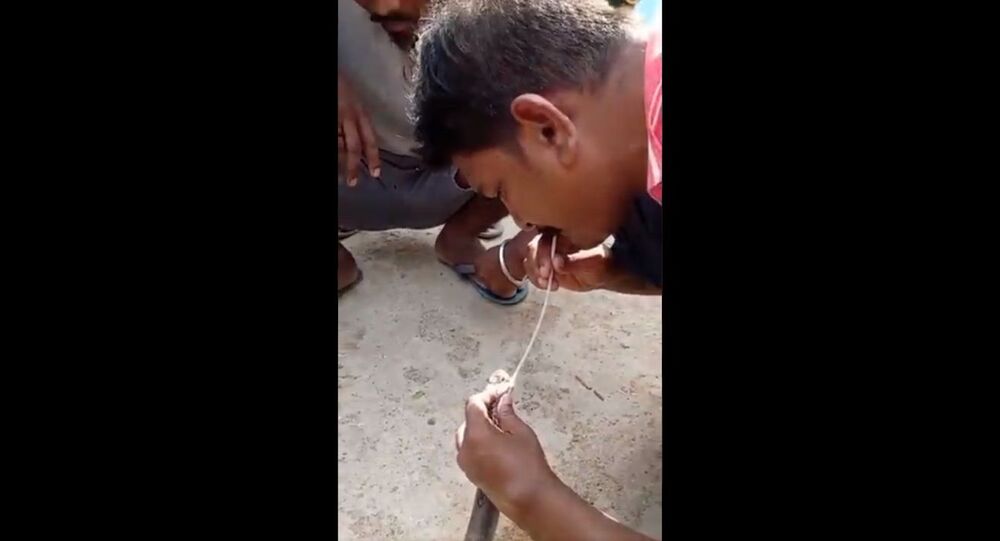 India is blessed with an abundance of flora and fauna. The country is home to more than 45,000 types of plant and 91,000 species of animal, according to the International Union for Conservation of Nature, an organisation based in Switzerland.

A man in Malkangiri – a town in the state of Odisha in eastern India – saved the life of a snake which was at death’s door, using techniques based on the principle of mouth-to-mouth and cardiopulmonary (CPR) resuscitation, modified slightly, however, to suit the unusual situation and shape of the patient.

The snake was discovered unconscious, with a thready heartbeat after having entered into a rat-hole, in search of food, the local media reported.

The process worked and the snake regained consciousness. Later, it was released into a near-by forest, media reports added.

A video of the incident that happened on 30 May reportedly, has been going viral on social media. Take a look.

The Story So Far: Dramatic Twist & Turns in the Case of Bollywood Actor Sushant Singh Rajput