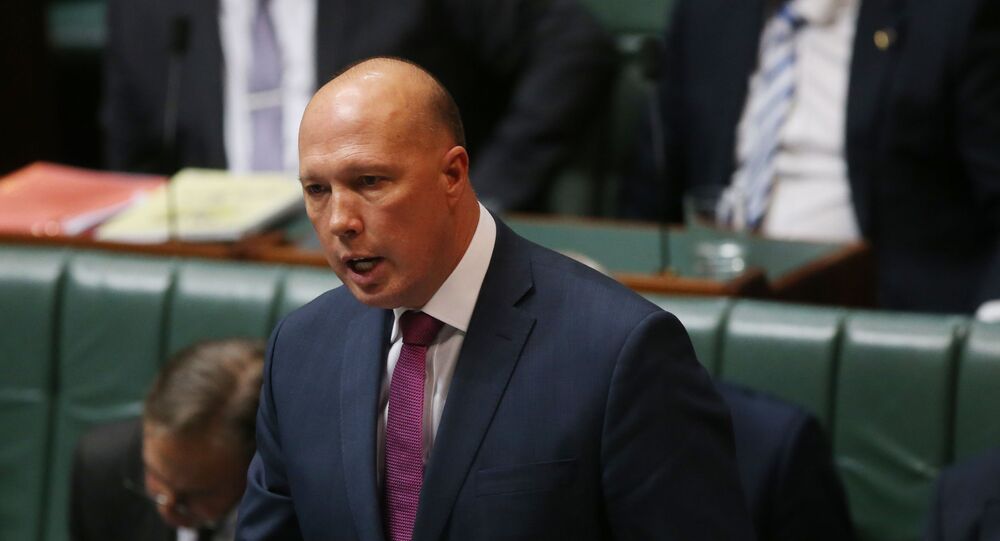 In two separate speeches, Australia’s Prime Minister Scott Morrison and defence minister Peter Dutton have backed the idea of greater cooperation among Earth’s “liberal democracies” as a bulwark against “authoritarian regimes”. Morrison lauded the Quad grouping for showing the world “how democracies work”.

The ongoing military build-up in the Indo-Pacific region has made chances of conflict “less remote”, Australian Defence Minister Peter Dutton said at a conference organised by the Canberra-based Australian Strategic Policy Institute (ASPI) on Thursday. Dutton also remarked that the Indo-Pacific has turned into an area of “sharpened focus” for the North Atlantic Treaty Organisation (NATO), Japan, India and other like-minded countries.

“All countries in the Indo-Pacific have a shared interest in ensuring continued stability and prosperity[…]. As a consequence, the prospect of military conflict is less remote than in the past,” the Australian minister said, noting, however, that not all nations are acting in a manner consistent with these goals.

Dutton remarked that although he wanted his government to have a “productive relationship” with China, at the same time, Australia wouldn’t tolerate any breach of the international “rules-based order”.

The minister said that Canberra’s ties to Beijing were not “complicated” at all, and the two nations couldn’t hope to have the same level of ties as those which existed between Australia and the US.

Dutton admitted that the world appeared to be headed for a conflict of sorts between the “authoritarian regimes” and liberal democracies.

During his remarks, he went on to back the prospect of more American troops on Australian soil, also observing that Canberra and Washington were in talks to base US Navy vessels near Perth, located at the Indian Ocean coast.

He added that maintaining peace in the Indo-Pacific region was in Australia’s interest.

Appearing at a separate panel discussion at the same conference, India’s deputy High Commissioner to Canberra Shri Palaniswamy Subramanyam Karthigeyan said that Quad – the Quadrilateral Security Dialogue alliance of the US, Japan, Australia and India – wasn’t a “containment strategy” and is “inclusive” in nature. 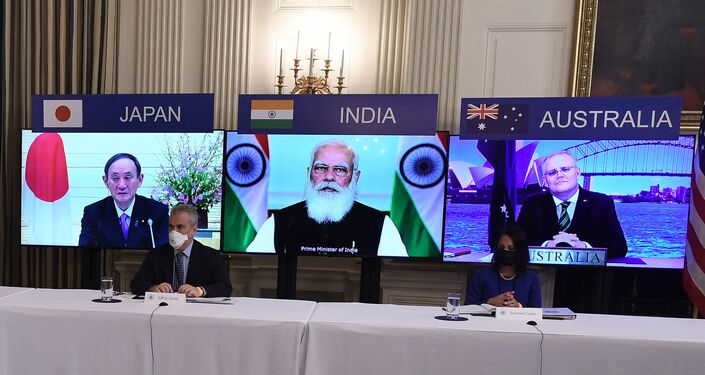 . I’d say it was his primary focus when he called the other three leaders together in the first meeting of Quad leaders,” said Morrison.

China considers Quad as a US-led grouping meant to counter its growing influence in the region.

The remarks by the Australian prime minister and defence minister come a day after Beijing hit out at Canberra and Tokyo for “interfering” in Beijing’s domestic affairs.

At the 2+2 Dialogue between Australia and Japan on Wednesday, the two Quad allies raised serious concerns about China’s militarisation in the East and South China Seas.

“We urge Japan and Australia to abide by international law and basic norms of international relations including respect for other countries’ sovereignty and non-interference, stop meddling in China’s internal affairs and stop undermining regional peace and stability,” the Chinese official added.