Since parting with the White House, former US President Donald Trump has mostly stayed away from the spotlight, opting instead to release a variety of releases to the public through his post-presidency office. However, over the weekend, the former commander-in-chief made one of his first public appearances. 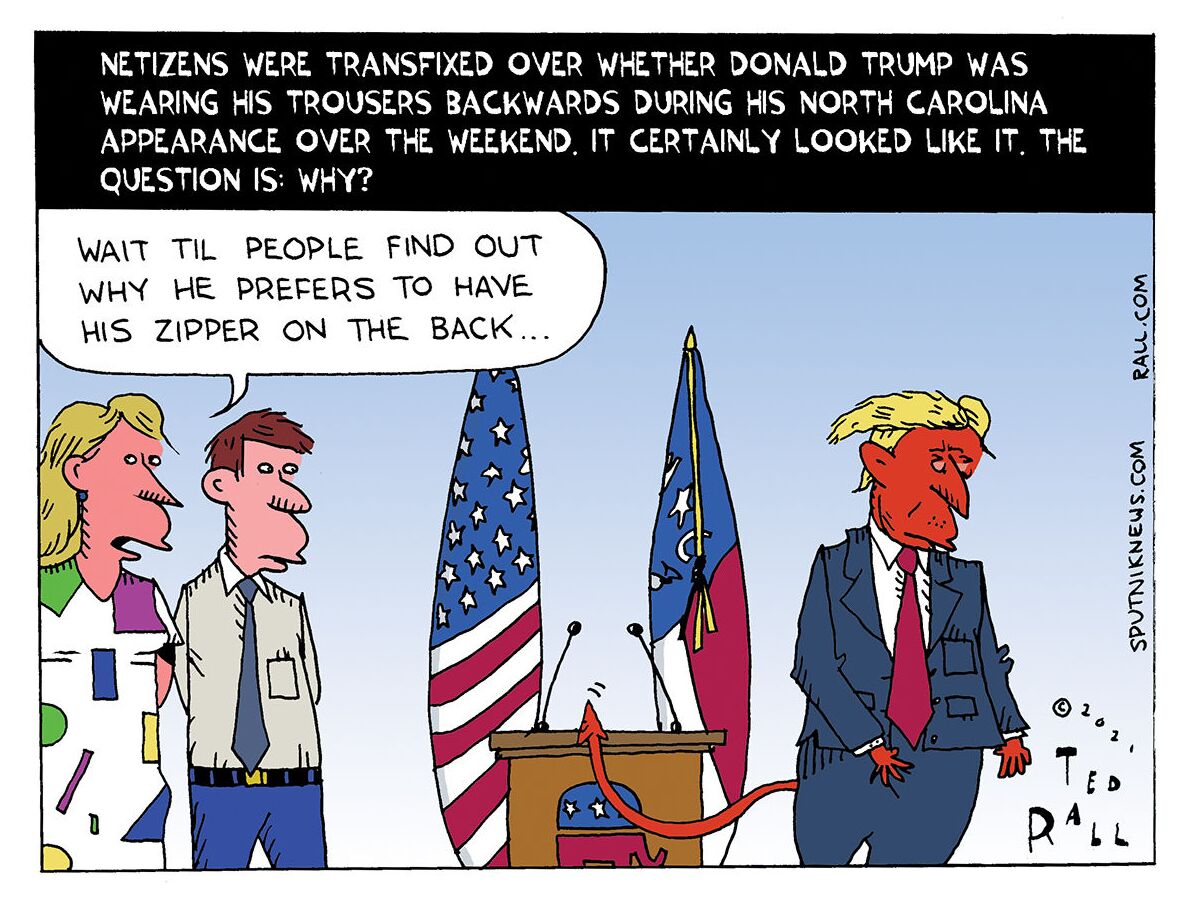 Although Trump’s remarks are often the cause of backlash or a series of Twitter threads, it appears his commentary at a weekend convention took a backseat once netizens began to question whether the former president was wearing his trousers backwards.

The trouser inquiry came as Trump gave a speech at the North Carolina Republican Party’s state convention on Saturday. For some, the location and shape of the wrinkles on the trousers were the source of the claims.

However, after a lengthy examination conducted by fact-checking website Snopes, it was soon determined that Trump did not have his pants on backwards, much to the disappointment of some netizens.