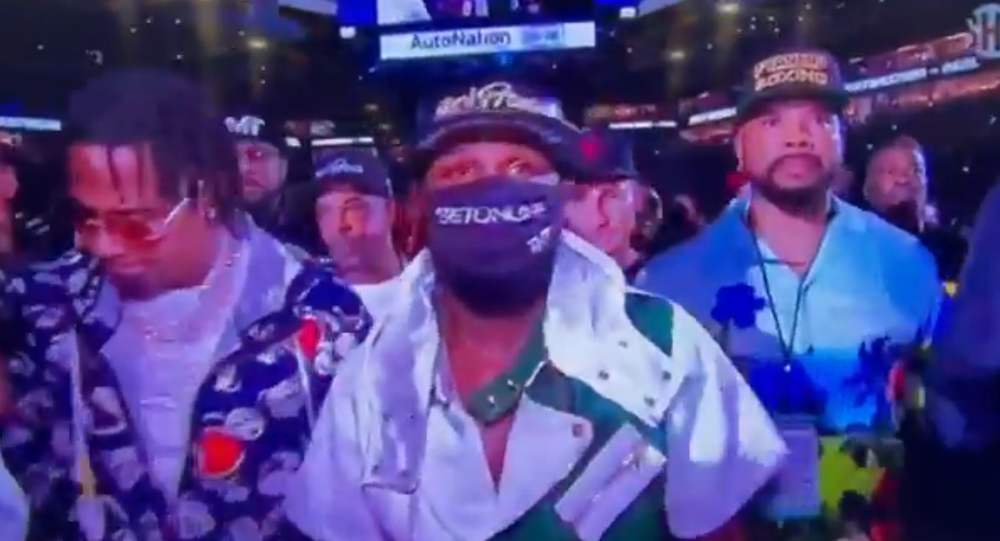 Hats appear to be a signature item in the fight between YouTuber Logan Paul and unbeaten boxing legend Floyd Mayweather. A month before the fight, Paul sparked passions after he snatched Mayweather’s hat during a presser in Miami. Well, now Mayweather’s got a new one.

Hardly had the Sunday fight between Logan Paul and Floyd Mayweather started, and the latter has already made waves on Twitter after coming into the ring wearing an OnlyFans hat.

Videos and photos immediately flocked social media, showing Mayweather wearing a green-and-white robe and a cap that has “OnlyFans” written on it, referring to a web platform that is typically used for sharing images – mostly of an adult nature – for paid subscribers only.

Netizens were left guessing how much the promotion might garner Mayweather.

Some of the users were in stitches after seeing Mayweather’s pre-fight look, but others were disgusted.

Mayweather after getting the OnlyFans sponsor money on top of the fight #MayweatherPaul pic.twitter.com/Ssx4Z6kNiD

Howwwww much money is Only Fans paying Mayweather

I hope Mayweather gets dropped for the simple fact he’s wearing a mask in his intro & rocking an Onlyfans hat. 🤮

​Others, however, noticed Paul’s look as well, as the YouTuber was wearing a yellow robe and a Charizard pokemon card.

I can’t tell whats funnier: Logan Paul with a Charizard pokemon card or Floyd Mayweather coming out with an OnlyFans hat. pic.twitter.com/Mnp4xMCfJS

What Lies Ahead: K-pop Comebacks Worth Paying Attention to This June