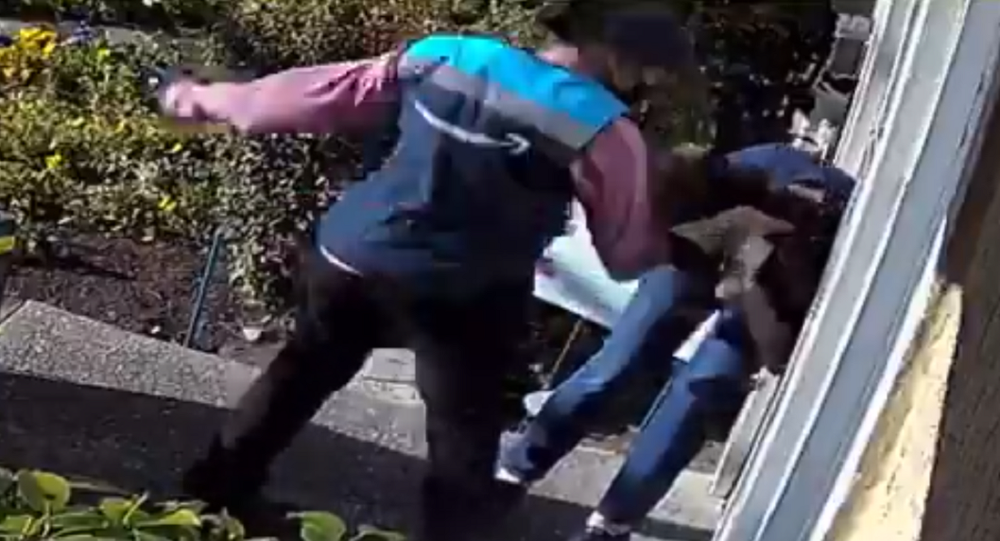 The horrific confrontation took place in Castro Valley in California’s Alameda County on Thursday and was caught on surveillance cameras. The attacker, who claims to have acted in self-defence, was taken into custody.

A blood-chilling video of an Amazon driver repeatedly striking an elderly tenant of Vista Creek Apartments in Castro Valley, CA, after a verbal altercation has been caught on CCTV cameras and shared online.

In the video, the Amazon worker, identified by the police as 21-year-old Itzel Ramirez, is seen landing punches on the 67-year-old woman’s head and body.

The ​KRON-TV broadcaster, which obtained the footage, quoted the apartment complex’s owner Doug Smith as saying that the victim had been made to wait for her package for over 15 minutes and when she went up to the Amazon employee to inquire about the delivery, the two engaged in a bitter confrontation.

Smith recalled Ramirez saying something about the woman’s “white privilege”, while the latter called the Amazon worker the b-word in response.

“It was frightening to see an Amazon driver do that, somebody who we allow onto the property to provide us a service”, Doug Smith told KRON-TV.

The broadcaster cited the police as saying that Ramirez had been arrested for elder abuse and battery and is being held on $100,000 bail. She is set to be arraigned on Monday.

Trump Says if He Wins Election US Will Make Deals With Iran, North Korea ‘Very Quickly’

‘Back Up to 2000 a Day’: Bill Gates Warns of Potential COVID-19 Death Toll Increase in United States