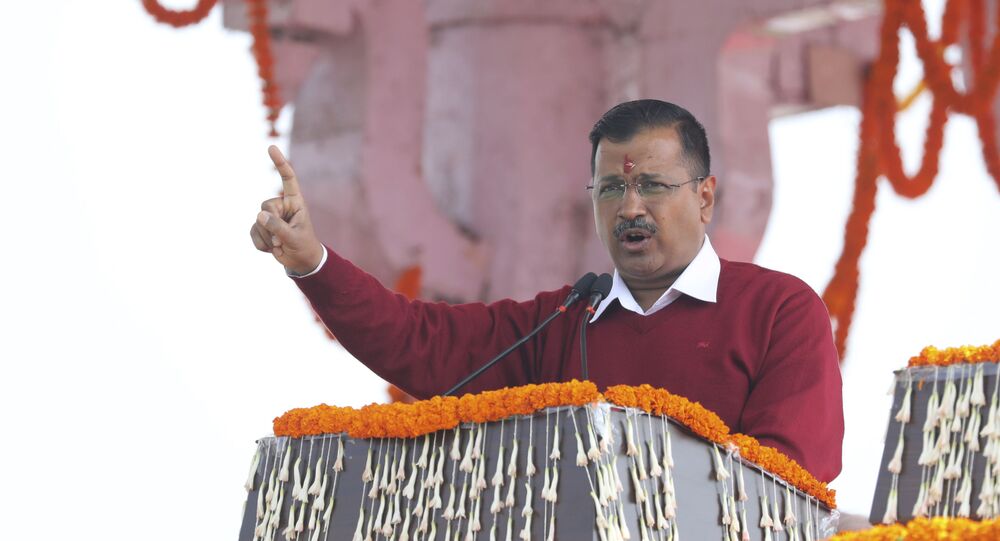 Amid a second wave of the COVID-19 pandemic, Delhi chief Arvind Kejriwal of the Aam Aadmi Party came up with a “ration at home” scheme to ensure people get their essentials delivered to their doorstep instead of going to shops. The scheme was supposed to be launched a week after it was announced on 26 January 2021.

Delhi chief Arvind Kejriwal has accused Prime Minister Narendra Modi of “blocking” the state government’s “ration at home” scheme, which he proposed in January. The plan aimed to deliver rations to the doorsteps of seven million ration cardholders in the state.

Under this scheme, the Delhi government promised to deliver 4kg of flour and 1kg of rice to the doorstep of every beneficiary. However, the Bharatiya Janata Party (BJP)-governed federal government refused to greenlight the scheme, due to which it has been put on hold.

During a digital conference on Sunday, Kejriwal claimed that PM Modi rejected the scheme in March, allegedly because its name was associated with the Aam Aadmi Party government in Delhi.

The Delhi chief then referred to Modi, saying that after his “objections”, they decided to not give any name to the scheme at all. However, their plan was rejected again.

The Delhi chief emphasised that the scheme should be implemented across the country in view of COVID-19, otherwise ration shops will act as super-spreaders.

“We aren’t doing this for credit. We have just one aim and that is to provide ration to the poor. There should be no politics over matters meant for the country’s benefit”, Kejriwal said.

‘I Was Treated Worse Than An Animal’: Model Shruti Gera Accuses Hotshots Producers of Casting Couch