In a bid to circumvent his restricted access to various social media networks, former US President Donald Trump launched his own communication platform meant to serve as a place to “speak freely and safely.” The platform had been dubbed, “From the Desk of Donald J. Trump.” 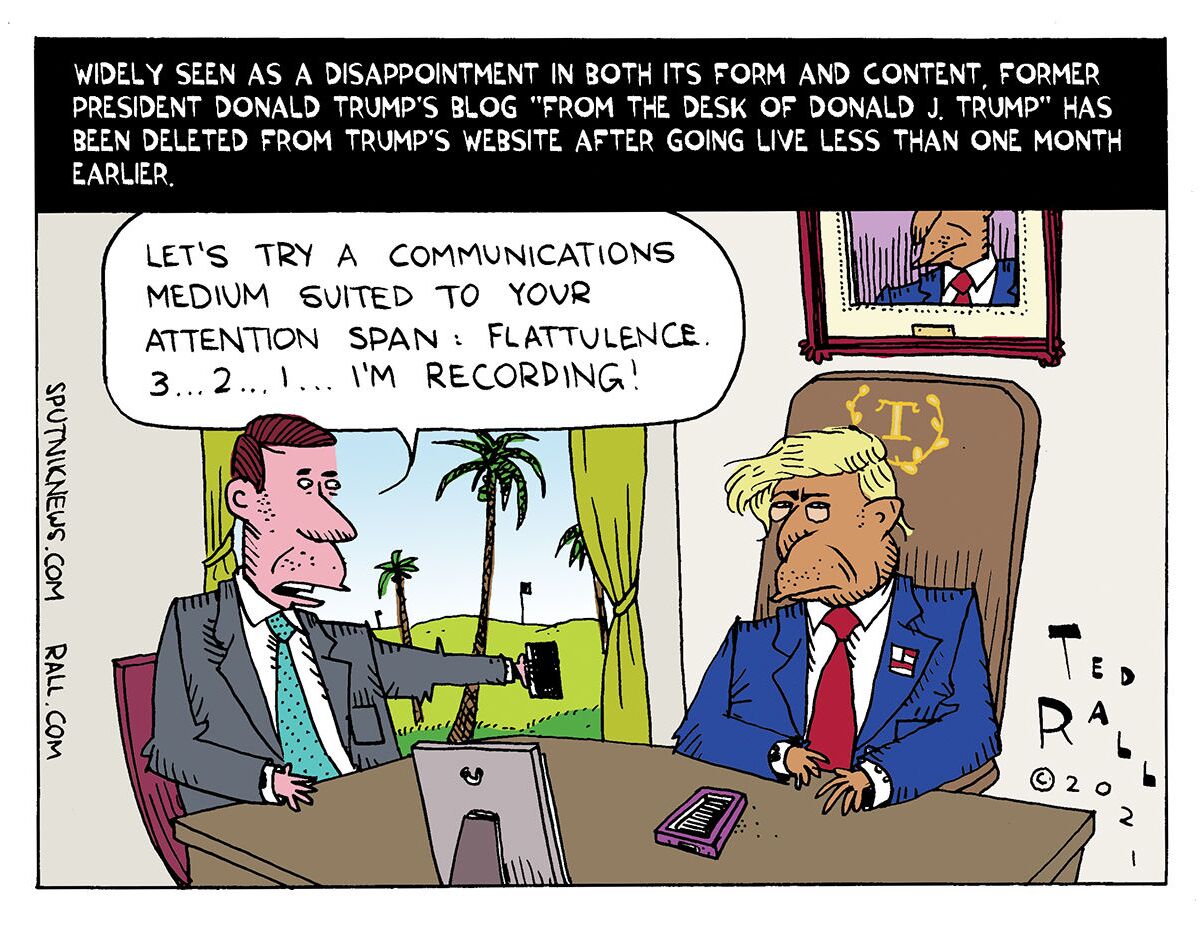 The communication blog launched by the former president as a place where he could share his statements with the larger public has been permanently shuttered less than a month after going live, it was recently revealed.

Jason Miller, a senior Trump aide who serves as the former commander-in-chief’s spokesperson, confirmed on Wednesday that the platform was now defunct. He told CNBC that the page “will not be returning,” and that “it was just auxiliary to the broader efforts we have and are working on.”

Miller later relayed to the outlet that the departure stemmed from Trump getting ready to join another social media platform.

Trump was famously booted off of Facebook and Twitter in early January, after hundreds of people, including his supporters, opted to storm the US Capitol in an effort to halt congressional lawmakers from certifying the results of the US election.