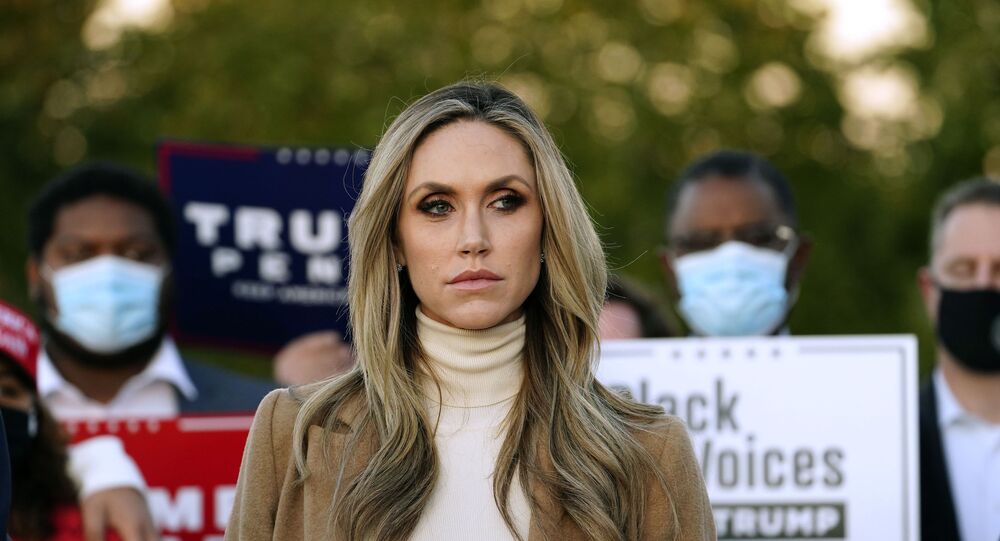 Earlier this week New York Times journalist Maggie Haberman tweeted that former US President Donald Trump has been telling allies that he will be reinstated as US president by August. The report came alongside former national security adviser Michael Flynn’s suggestion that a Myanmar-esque coup “should happen” in the US.

Lara Trump, host of Trump Productions’ Real News Update, has pushed back against allegations of her father-in-law being reinstated as president of the US.

“As far as I know, there are no plans for Donald Trump to be in the White House in August. Maybe there’s something I don’t know,” Lara Trump, who is also a Fox News contributor, told the hosts of “Fox & Friends” on Thursday.

“But no, I think that that is a lot of folks getting a little worked up about something just because maybe there wasn’t enough pushback, you know, from the Republican side,” she suggested. “So no, I have not heard any plans for Donald Trump to be installed in the White House in August.”

The report can be traced back to a tweet by Maggie Haberman.

“Trump has been telling a number of people he’s in contact with that he expects he will get reinstated by August (no that isn’t how it works but simply sharing the information),” she tweeted.

“I want to know why what happened in Myanmar can’t happen here?” he asked attendees of an event organized by QAnon supporters. “No reason. I mean, it should happen here.”

Flynn has since denied that he supports such an act.

“There is no reason whatsoever for any coup in America, and I do not and have not at any time called for any action of that sort,” the former national security adviser wrote on Telegram.

Surfside Mayor Says ‘Something Very Wrong’ with Collapsed Building, Vows to ‘Find Out What It Is’