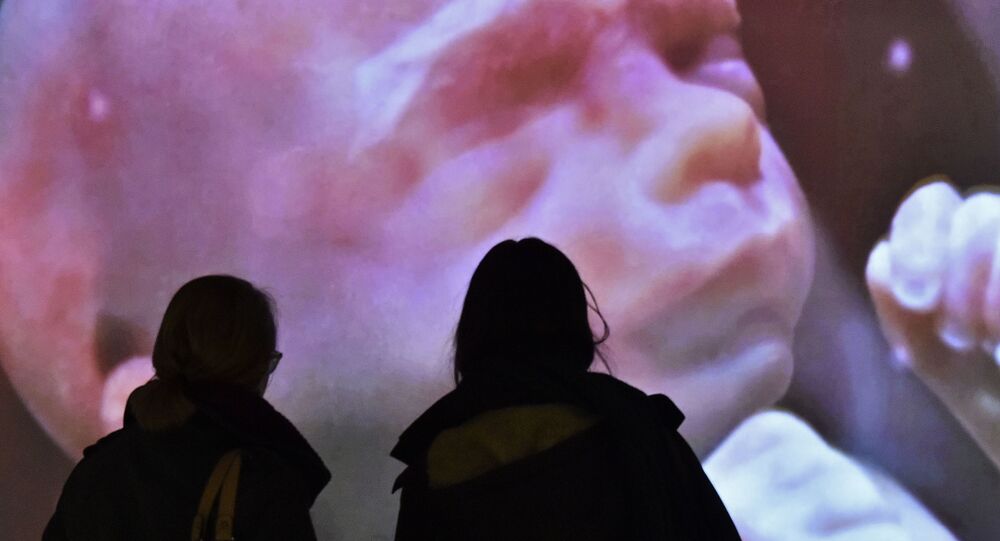 In May, Texas Governor Greg Abbott signed into law a bill banning abortions as early as six weeks, saying the legislation would ensure that “every unborn child with a heartbeat will be saved from the ravages of abortion”.

Netizens continue to remain at loggerheads over the valedictorian at a Texas high school criticising the state’s abortion ban during her graduation speech.

Paxton Smith’s address to the graduating class of Lake Highlands high school apparently went off script after she moved to focus on the topic, recalling that as of September 2021, “there will be a ban on abortion after six weeks of pregnancy, regardless of whether the pregnancy was the result of rape or incest”.

“I am terrified that if my contraceptives fail me, that if I’m raped, then my hopes and efforts and dreams for myself will no longer be relevant. I hope you can feel how gut-wrenching it is, how dehumanising it is, to have the autonomy over your own body taken from you”, she said.

According to Smith, without her “consent or input”, the control over her “future has been stripped away” from her by the authorities.

Smith’s speech was published on several social networks, including TikTok, where it has been viewed hundreds of thousands of times.

Some Twitter users, for their part, have praised the valedictorian over her critical remarks about the Texas abortion ban.

Congrats to this graduate! Amazing. Challenge to the graduating scientists: Please devote your scientific inquiry to better contraception. If any of us really care about abortion we will revolutionize contraception, thereby making this political struggle an anachronism.

Brave strong young women such as paxton give me hope that my daughter will one day enter an adulthood that is far brighter than the ones our mothers & grandmothers left behind.

You are incredibly brave, passionate, and your destiny is one of GREATNESS! I am 68 years old-I hope I will still be around to support your being a candidate for a statewide if not national office. I have texted this to myself and will never delete it. CONGRATULATIONS!

Absolutely right young lady.. Fight for your rights. And remember every abortion in this country started with a male donor….

I genuinely never understood the argument of pro-life people. They say abortion is murder but you can’t murder what isn’t alive. I’m pretty sure abortions are done early in the pregnancy so the “babies” in there are probably less alive than a spider. But you’d kill a spider, huh?

Wow. She is one brave woman who deserves the respect of anyone who believes in the fundamental concept of freedom and not just the jingoistic use of the word to promote bias and bigotry. Bravo.

Former US Secretary of State Hillary Clinton tweeted that Smith’s move “took guts”, thanking her “for not staying silent”. The ex-Democratic presidential hopeful was echoed by many others, who gave kudos to the “incredibly brave” girl.

Other netizens, however, reproached Smith for her “selfish” approach, with one user tweeting that “killing a child is not the path to happiness”.

Couldn’t be more disrespectful to her school and classmates, not to mention terribly misinformed.

Adoption is always an option. A baby will not ruin her whole life. How selfish.

My point is a simple one, killing a child is not the path to happiness

It’s tragic to see so many people applauding this woman for advocating that women should be permitted to kill their children in utero. Her speech is impassioned, but relies on fear and misinformation to cover up the reality that abortion ends a human life.

The address comes after Texas Governor Greg Abbott signed a six-week abortion ban last month, saying that “our Creator endowed us with the right to life and yet millions of children” lose such a right every year because of abortion. Texas is following the suit of other Republican-run states, including Arkansas, Idaho, Oklahoma, and South Carolina, which announced abortion bans earlier this year.