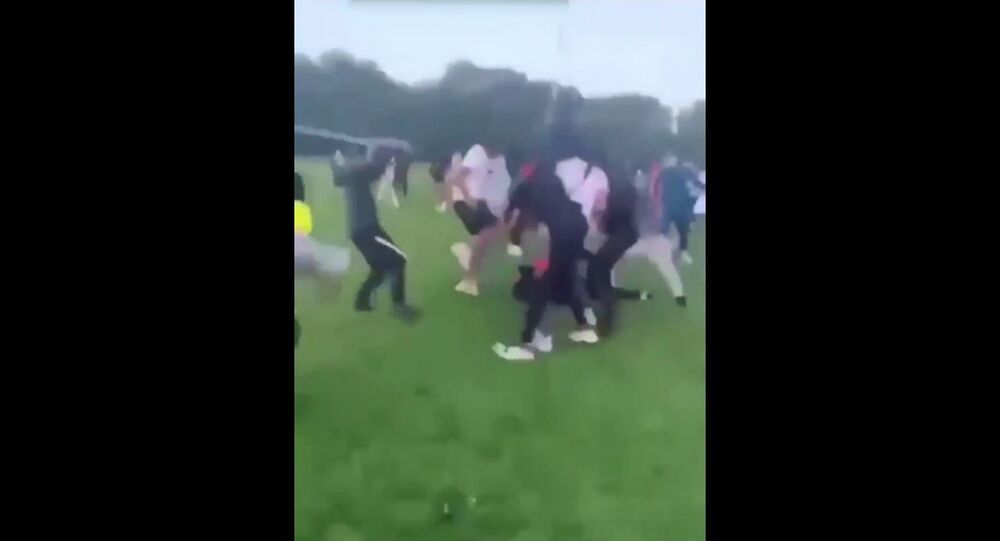 A man was beaten and stabbed in front of shocked eyewitnesses in London’s Hyde Park.

According to the shocking footage of the incident, a man in a black tracksuit was attacked by what appears to be a gang armed with long knives described as resembling machetes.

At first, the man was pursued by the group of armed teens and after he slipped and fell to the ground, they punched and kicked him in the head.

​After the incident, the man was rushed to the hospital with stab wounds.

“Police were called at 21:00 hrs on Tuesday 1 June to reports of an assault in Hyde Park,” Scotland Yard spokesman said as quoted by the Daily Mail.

“Officers and the London Ambulance Service attended. They found a male suffering from stab injuries,” he added.

Later it was reported that the man’s injuries were not life threatening.

Britain’s Dominic Raab Warns UK Will Not Give in on Brexit State Aid, Other Sticking Points