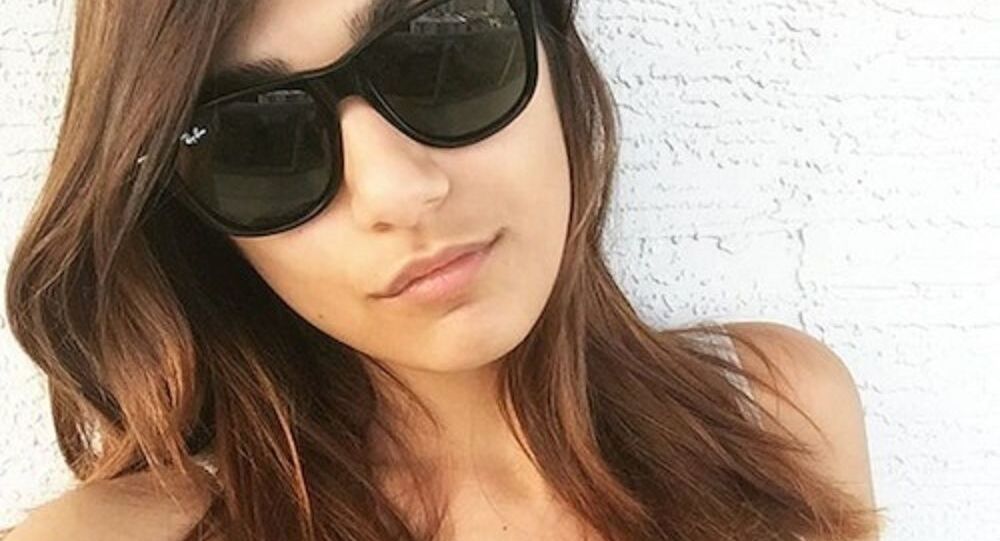 Taking note of what drink Mia was seen tasting, several social media users went on to insist that the beverage was made in 1943 in the Nazi-occupied part of France.

As the most recent escalation of the Israeli-Palestinian conflict has subsided, Lebanese-American ex-porn star Mia Khalifa stepped forward to apparently bash Israel on social media.

Tweeting a picture of herself sipping what appears to be champagne from a glass, Khalifa wrote in the caption: “My wine is older than your apartheid ‘state’.”

While the former adult film actress did not name the country she was referring to in her tweet, a number of social media users apparently deduced that her criticism was aimed at Israel, and proceeded to savage her over it.

Put aside this is Vichy wine, I love how Israel haters cast It as young. Yes the modern state of Israel was founded in ‘48 — but that’s 10 years *before* Iraq’s founding and five before Egypt’s. The *nation* of Israel (and Egypt) are *very* old. https://t.co/FVbDQHWQX6

Some also pointed at the label on the bottle containing the beverage Mia was apparently sampling, noting that the wine in question seems to have been made in 1943 in an area of France that had been occupied by the Nazis at that time.

You’re drinking wine made in 1943 Nazi-occupied France, while denying thousands of years of Jewish history in our ancestral homeland.

Glad you found the perfect pairing for your antisemitism!

Others turned their attention to Gaza instead, arguing that the drink Mia was enjoying is illegal there.

Please bring that wine to Gaza, I would love to see the reception.

You should try to do this (drink wine) in Gaza and see what happens.

You can’t even drink this stuff in Gaza, can you?

Wine is illegal in Gaza

And there were also those who brought the topic of Holocaust into the conversation.

Is it older than the Holocaust too?

we asked for the #SnyderCut, not Genocide Barbie https://t.co/5fsREpiqkR

Khalifa’s criticism came following Gadot’s neutral statement regarding the recent Israeli-Palestinian hostilities, in which the latter argued that “Israel deserves to live as a free and safe nation” and that “our neighbours deserve the same”.

Gadot was actually criticised by “both sides” over her stance, with Yair Netanyahu, son of Israeli Prime Minister Benjamin Netanyahu, accusing her of acting like Switzerland.