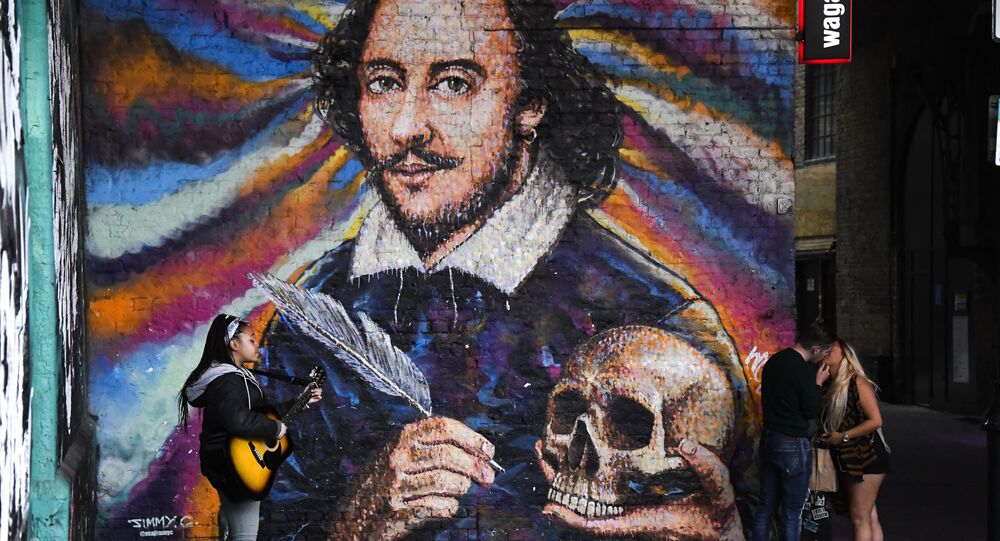 The famous bard William Shakespeare, who gave humanity the story of Romeo and Juliet, died in 1616, but his namesake, who was an inpatient in the frailty ward at University Hospital in Coventry, UK, at the time becoming one of the first to get the COVID-19 vaccine, died this week of a stroke unrelated to the inoculation.

An Argentinian TV news program provided a startling, slightly inaccurate, as one might put it, scoop when it announced on Thursday night that William Shakespeare, “one of the most important writers in the English language,” had died five months after receiving the COVID-19 vaccine shot, in what can only be characterized as a case of someone who clearly should have done their research.

Noelia Novillo, a newsreader on national Canal 26, made a gaffe that simply can not be overlooked when she confused the Bard with William “Bill” Shakespeare, an 81-year-old Warwickshire man who was one of the world’s first recipients of the Pfizer vaccine.

​Unfortunately, Novillo did not notice the discrepancy when she announced the playwright’s death to the audience.

“We have got news that has stunned all of us given the greatness of this man,” the news anchor said. “We are talking about William Shakespeare and his death. We’ll let you know how and why it happened.”

The gaffe quickly went viral, owing to the inevitability of a tragic hero making such a tragic mistake.

“As we all know, he’s one of the most important writers in the English language – for me the master,” Novillo read her obituary over footage of Bill Shakespeare receiving his jab back in December last year. “Here he is. He was the first man to get the coronavirus vaccine. He’s died in England at the age of 81.”

Social media users were quick to respond with their own quips poking fun at the news gaffe, with some joking that there were only a couple of years separating Bill and William Shakespeare, while others praised Bill’s centuries-old life, noting however that during the last 400 years that the Bard was ‘alive’ he somehow was not able to write a single new masterpiece. Someone else asked whether anyone knew if Romeo and Juliet had been vaccinated too.

Bizarre ‘Entrance Into Mountain’ Spotted Near Area 51 on Google Maps

Why So Serious, 2020? Twitter ‘Mistook’ Zuckerberg For The Joker in Vacation Photo

Flip-Flopping: It’s a Free Run for Penguin Chicks at the Oceanarium – Video