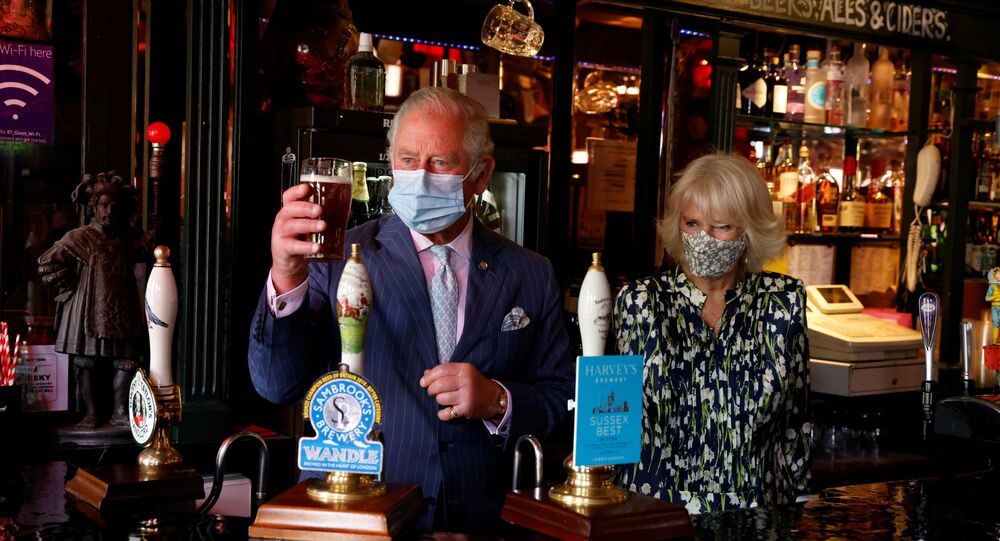 On Thursday, the 72-year-old Duchess of Cornwall along with her husband, Prince Charles, were seen shopping on Clapham Old Town’s High Street before stopping at Rex and Wolfe, a high-end pet boutique.

As a senior member of the British royal family, on royal engagements, the Duchess of Cornwall is always trying to look royally flawless when she greets well-wishers. But this time, Camilla was captured on camera grimacing and recoiling in disgust after being presented a pet toy modeled after UK Prime Minister Boris Johnson.

While Prince Charles chatted with a store employee in the front display, Camilla stood nearby, seemingly not very happy, as someone handed her a dog toy modeled after the British PM.

Despite her apparent dislike for the toy, the Duchess was reportedly observed accepting it and walking away with it as she and her husband walked down the street. The £17.50 toy is commonly available at card and pet retailers, and similar versions based on Theresa May, Jeremy Corbyn, Donald Trump, Michael Gove, and Nigel Farage are also available.

The bystander who also took the photos of the encounter said it was funny to watch such a candid reaction from Camilla, suggesting the Dutchess of Cornwall would likely give the nasty toy to one of her dogs to bite it to “death”.

Dogs Bluebell and Beth, Charles and Camilla’s two Jack Russels, are frequently seen with them on royal engagements and would definitely adore the new toy.

According to the Daily Mail, on Thursday the prince and the duchess were paying their royal visits to a quite varied set of places during a busy morning, including a barbershop and having a pint at The Prince of Wales pub, as well as a visit to chef Adam Byatt’s Michelin-starred restaurant, Trinity.

The squeeze treat is presently on sale for £8.75 at Scribbler, down from £17.50, according to the report.

“Give your dog a little taste of Bo Jo and watch them enjoy the squeaking Brexiteer,” the toy’s description reportedly reads. “Fear not, there’ll be no getting stuck on zip wires or injuring children during rugby games with this fella. With built-in squeakers, Boris ready to chew.”

Trump Didn’t Pardon Assange or Snowden Because ‘There Was Nothing In It’ For Him, Journalist Argues