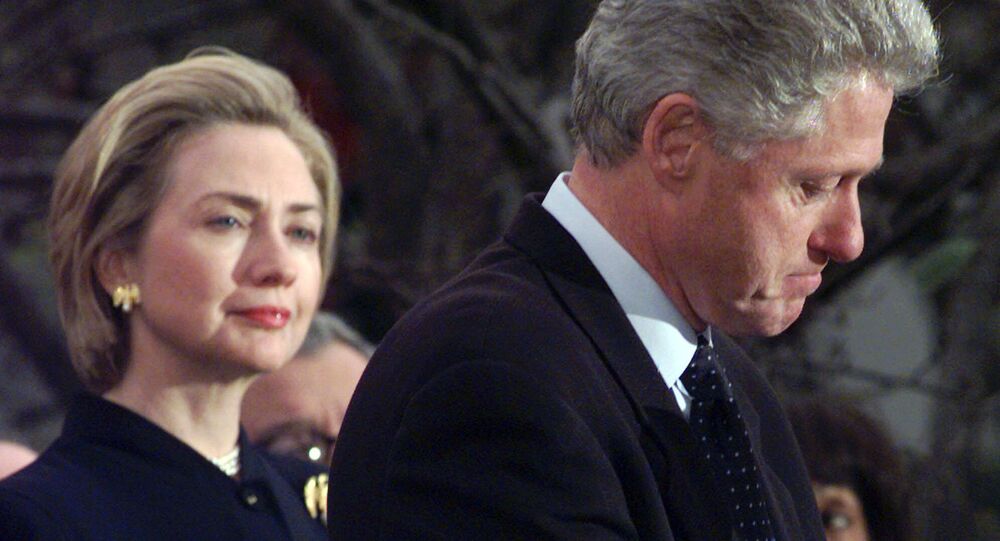 In 2019, employees of Fleming by Le Bilboquet told the New York Post that they Google anyone who makes a reservation in order to make sure patrons are rich and famous. A representative of the high-end restaurant later rejected the claims as “absolutely not true”.

Former US Secretary of State Hillary Clinton looked “a bit forlorn” as she and her spouse were recently spotted having a meal with friends at Fleming by Le Bilboquet, a posh restaurant on Manhattan’s Upper East Side, the Daily Mail reports.

The newspaper published an array of exclusive photos which, in particular, showed Bill Clinton deep in conversation with Trudie Styler, the wife of prominent English rock musician Gordon Sumner, better known as Sting, during Tuesday’s dinner.