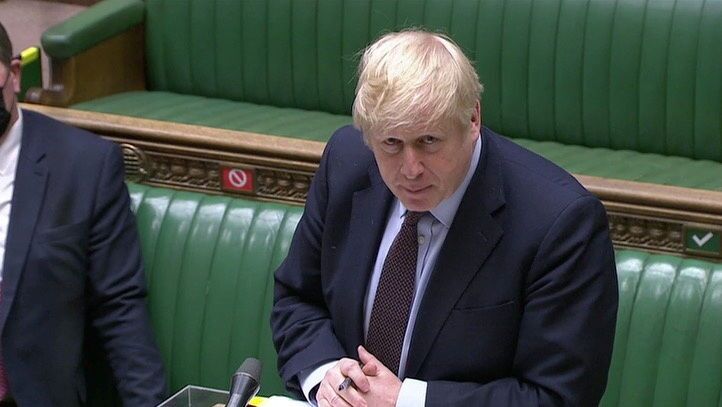 Opposition leader Sir Keir Starmer’s attempts to use his experience as a lawyer an Britain’s top prosecutor to corner the PM were met with a barrage of counter-strikes and snappy slogans, as Boris Johnson recalled his opponent’s demand the UK remain in thrall to the EU’s much-criticised drug regulator.

British Prime Minister Boris Johnson has faced opposition attacks on his handling of the COVID-19 pandemic — following damning claims by his former advisor.

Johnson shot back that that Starmer was focussed on “the rear-view mirror” while the government moved forward with its rapid vaccination drive.

The former Director of Public Prosecutions then picked up on Cummings’ allegation that the PM initially treated coronavirus as a “scare story like the swine flu”.

“I don’t think anyone could accuse this government of being complacent about the threat that this virus posed,” Johnson replied, countering by pointing out the opposition’s frequent flip-flopping on what measures should be taken.

​Johnson flatly denied Cummings’ claim that Cabinet Office Minister Michael Gove had “lost faith” in Health Secretary Matt Hancock’s honesty, adding “I haven’t had the benefit of seeing the evidence he’s bringing to the house” — which Cummings had yet to produce to the committee.

​Starmer tried to corner Johnson, arguing that by denying Cummings’ claims he was damning his own judgement in hiring the former advisor.

Johnson responded that he was absolutely confident that the government had taken decisions in the best interests of the country, pointing out that Starmer had repeatedly demanded the UK stay under the control of the hapless European Medicines Agency.

Starmer demanded the planned inquiry into the handling of the pandemic be brought forward from spring 2022 to this summer.

“I’m not going to concentrate valuable official time on that now, whilst we’re still battling a pandemic,” Johnson replied, charging that Starmer “continues to play these pointless political games while we get on with with delivering on the people’s priorities”.

​The Pm even concluded with a new slogan: “They vacillate, we vaccinate. They deliberate, we deliver!”

UK Could See 22,000 Illegal Immigrants Trafficked Across Channel This Year