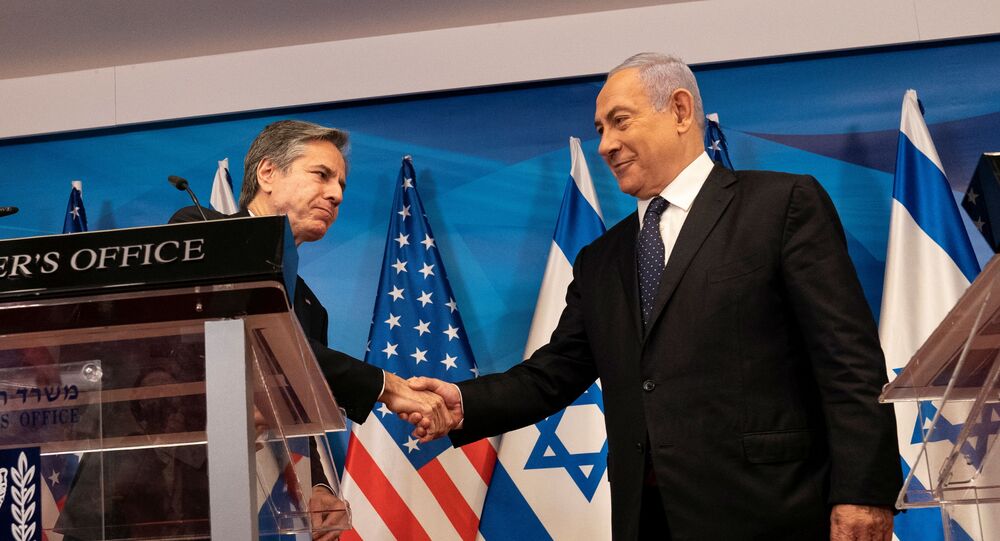 Since early April, negotiators have been meeting in Vienna to hash out a step-by-step initiative that would allow for the US and Iran to come back under compliance of the 2015 Joint Comprehensive Plan of Action (JCPOA). To date, no clear pathway has been drawn out, but officials have stated some progress has been made.

Israeli Prime Minister Benjamin Netanyahu doubled down on past remarks on Tuesday and urged the US to steer clear of rejoining the Iran nuclear deal, one of US President Joe Biden’s leading campaign promises.

Netanyahu issued the commentary following a joint meeting with US Secretary of State Antony Blinken, who recently traveled to the Middle East in a bid to bolster peace talks amid the still-intact cease-fire between Israeli and Palestinian officials.

“I can tell you that I hope that the United States will not go back to the old JCPOA because we believe that that deal paves the way for Iran to have an arsenal of nuclear weapons with international legitimacy,” Netanyahu said, outlining just one of three topics that were discussed between officials.

“We also reiterated that whatever happens, Israel will always reserve the right to defend itself against a regime committed to our destruction, committed to getting the weapons of mass destruction for that end.”

Netanyahu noted that additional points of discussion centered around the cease-fire, and the Israeli state’s desire to deepen peace treaties signed with regional neighbors, as well as working to normalize ties with countries that have yet to sign an accord with the nation.