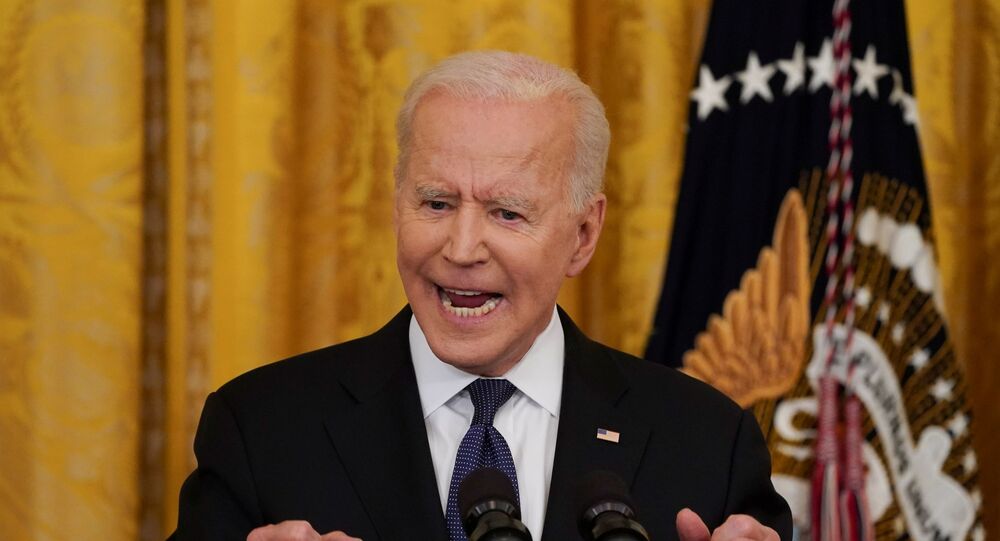 WASHINGTON (Sputnik) – On the first anniversary of George Floyd’s murder, US President Joe Biden in a statement on Tuesday has called upon Congress to act resolutely on the urgent police reform bill to raise the accountability of law enforcement officers.

“We must have accountability when law enforcement officers violate their oaths, and we need to build lasting trust between the vast majority of the men and women who wear the badge honorably and the communities they are sworn to serve and protect,” Biden said. “I appreciate the good-faith efforts from Democrats and Republicans to pass a meaningful bill out of the Senate. It’s my hope they will get a bill to my desk quickly. We have to act.”

Biden pointed out that the protests, which followed the death of Floyd, peacefully unified people of every race and generation to collectively say enough of the killings.

George Floyd, a 46-year-old Black man was killed by police officer Derek Chauvin, who pressed his knee to his neck for over nine minutes in Minneapolis. A trial determined “beyond reasonable doubt” that Chauvin’s actions violated police rules of engagement and became a major factor in Floyd’s death.

With Pants Down: Did Joe Biden Accidentally Prove He Used Teleprompter for ‘Spontaneous’ Interviews?

White House Press Sec Psaki Says Biden’s Been Too Busy to Hold Presser, Pledges One at End of Month