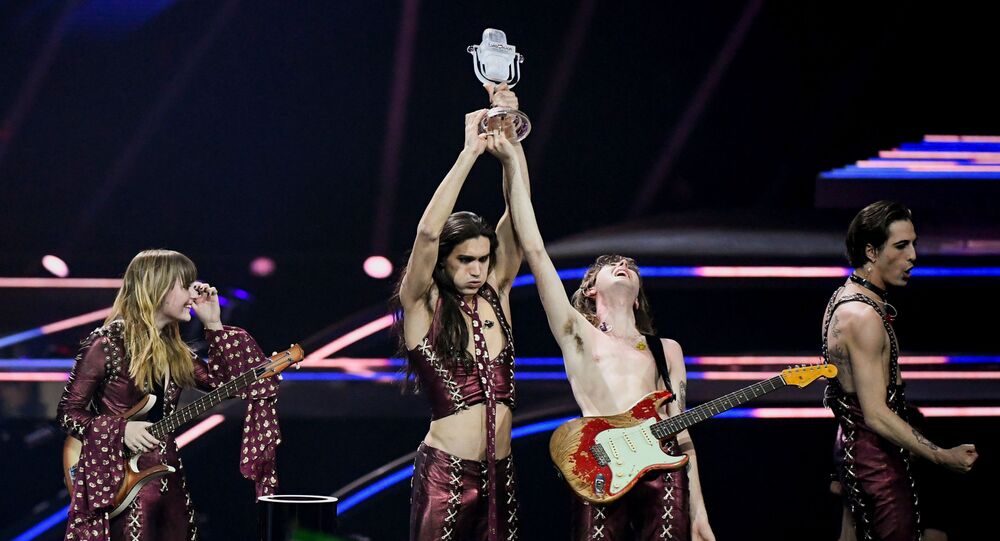 Italian rock band Maneskin on Saturday night won this year’s Eurovision song contest, gaining 524 points with their “Zitti e buoni” song. The group, however, was in the spotlight for another reason this weekend.

Damiano David, the leading singer of Eurovision winning band Maneskin, did not take drugs during the contest’s final, an inquiry has revealed. David was earlier accused of snorting cocaine on camera – speculation that the group has strongly refuted.

The organizers of the show have issued a statement after the musician passed the test:

“Following allegations of drug use in the green room of the Eurovision Song Contest Grand Final on Saturday 22 May, the European Broadcasting Union (EBU), as requested by the Italian delegation, has conducted a thorough review of the facts, including checking all available footage. […] A drug test was also voluntarily undertaken earlier today by the lead singer of the band Maneskin which has returned a negative result seen by the EBU.”

According to the statement, “no drug use took place in the green room and we consider the matter closed”.

Damiano David was forced to take a drug test after a video of him sitting in the Green Room went viral. In the clip, David bends over a table and makes a move that many people have interpreted as snorting.

The band members then explained that one of them had broken a glass with his leg and David was just clearing up the wreckage.

“I don’t use drugs… Tomas broke a glass with his leg… I don’t use cocaine… please don’t say that,” David said during a subsequent press conference.

‘Alien Chupacabra’ That Arrived on UFO Takes a Stroll in Bolivia, Media Says