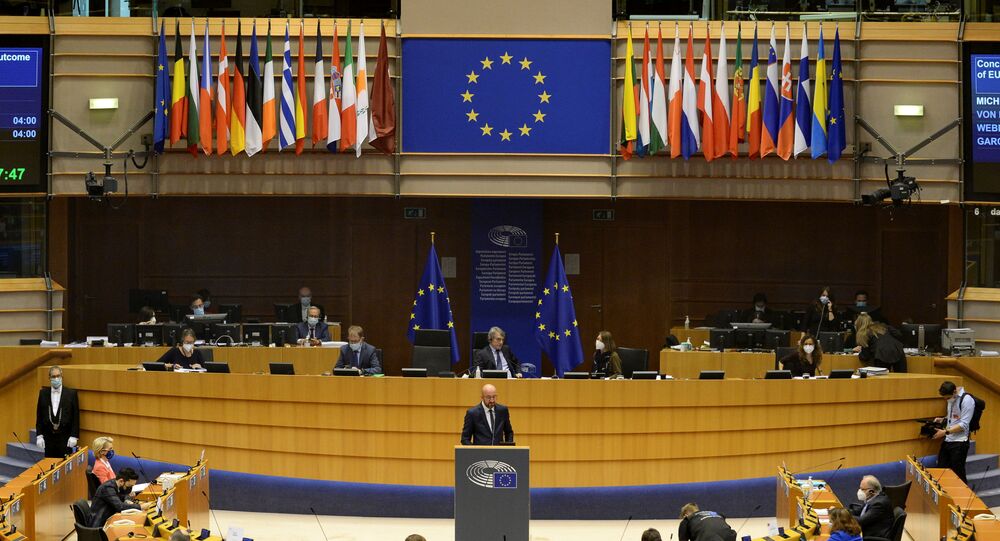 Leaders of the European Union are set to meet physically to discuss the most pressing issues, such as strategic relations with Russia and the Ryanair incident.

Sputnik is live from Brussels, Belgium, where members of the European Council are arriving for the first session of a special meeting. The event is taking place on 24 May.

As for today, the European leaders are expected to discuss a wide range of topics, including the EU’s COVID-19 response, the bloc’s policy towards fighting climate change, and external relations.

European Council President Charles Michel said earlier that EU leaders would discuss the Ryanair incident that took place on 23 May, which provoked an angry rebuke among the international community.

Previously, a Ryanair plane en route from Athens to Vilnius had to make an emergency landing in Minsk, Belarus over a bomb threat, which later turned out to be fake. A fighter jet was deployed to escort the plane. It was reported later that journalist Roman Protasevich, founder of a Telegram channel that Minsk had designated as extremist, was detained during the stopover at the airport and may face up to 15 years in jail.