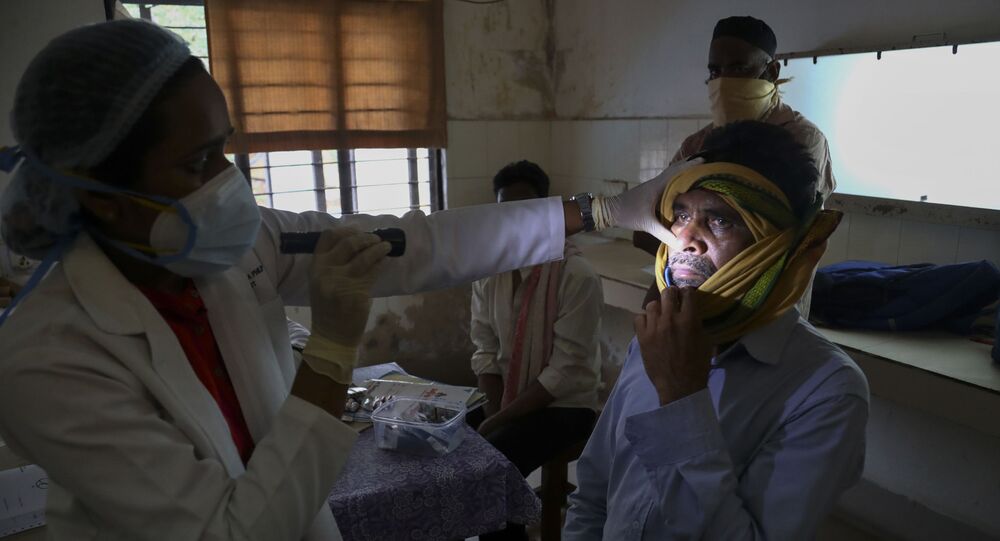 The rising number of cases of black fungus has triggered fear among Indians, with a shortage of the drug used for treating it adding to the worries.

Sonia Gandhi, interim president of India’s main opposition party Congress, has expressed her concerns over the increasing cases of Mucormycosis, also known as black fungus, and demanded free treatment for patients, while asking the government to procure the required medicines.

In a letter to Indian Prime Minister Narendra Modi, she wrote: “The government of India has just asked states to declare Mucormycosis as an epidemic under the Epidemic Diseases Act. This means that there must be (i) adequate production and assured supply of essential medicines to treat it; and (ii) cost-free patient care for those in need of treatment. I understand that Liposomal Amphotericin-B is absolutely essential for the treatment of Mucormycosis. However, there are reports of its acute scarcity in the market. I would request you to kindly take immediate action in this matter”.

She urged the Indian prime minister to take immediate action on this matter to bring relief to the large number of patients being afflicted by the disease.

On Friday, the Modi government assured his fellow countrymen that the production of Amphotericin-B will be enhanced as the licence for its manufacturing has been shared with more companies. The government estimated that domestic manufacturers will cumulatively produce 163,752 vials of Amphotericin-B in May 2021. This will be further ramped up to 255,114 vials in June.

“Apart from this, efforts are being made for supplementing the domestic availability of this anti-fungal drug through import. In May 2021, 363,000 vials of Amphotericin-B will be imported, thereby resulting in total availability in the country of 526,752 vials”, the Indian Health Ministry said on Friday.

So far, India has reported 8,848 cases of black fungus and over 200 deaths. 10 state governments, including Rajasthan, Gujarat, Telangana, Odisha, Karnataka, Tamil Nadu, Madhya Pradesh, etc., have declared it an epidemic.