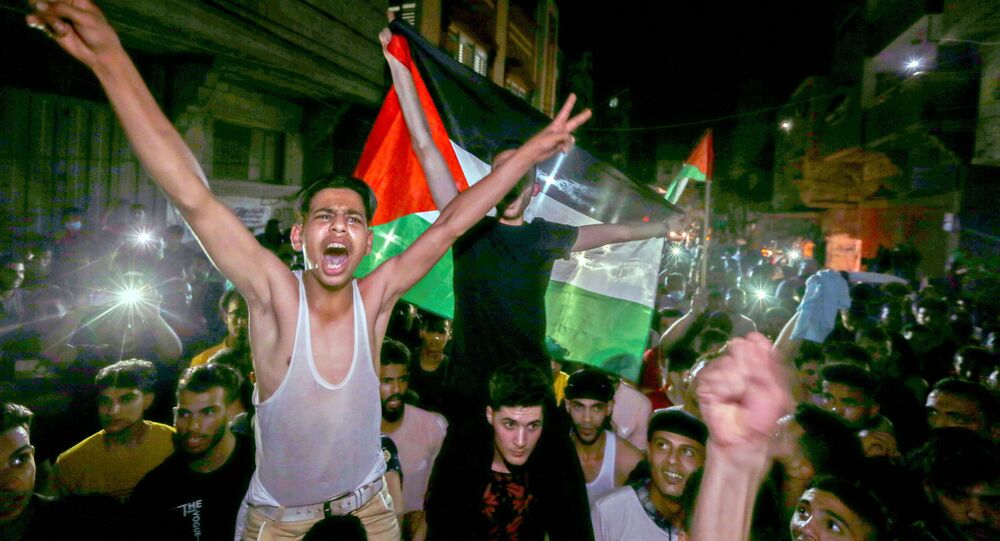 An end to 11 days of hostilities between Israel and Hamas was announced earlier on Thursday by the office of Israeli Prime Minister Benjamin Netanyahu, later welcomed by the US, the UN and Canada.

People in the Gaza Strip flocked to the streets to celebrate a ceasefire between Israel and Hamas announced on Thursday, launching fireworks, honking car horns and marching through the cities.

Videos of celebrations were shared online as Hamas reportedly proclaimed its “victory” in the conflict with Israel. A senior Hamas figure, cited by AFP, addressed thousands of people saluting the ceasefire in a speech after the truce came into force, saying that “this is the euphoria of victory.”

The truce, mediated by Egypt, was announced earlier in the day by the Netanyahu’s office after the country’s Security Cabinet voted unanimously to approve the ceasefire.

More scenes from the streets of Gaza after the announcement of #ceasefire.
They sure deserve this happiness and now they can celebrate Eid after 11 days…#PalestineWillBeFree
pic.twitter.com/lHH4m2GeY2

After 11 days of deadly bombing, Palestinians celebrate their resistance against the occupation #Palestine #gaza #ceasefire pic.twitter.com/mzE9PgZcEC

​One of the videos allegedly shows fireworks launched in Jerusalem by Palestinians to celebrate the truce.

​The Thursday ceasefire halted the 11-day military hostilities that sparked between Israel and Hamas, an armed group de-facto ruling the Gaza Strip, that began after a decision by an Israeli court to evict several Palestinian families from their houses in the Jerusalem neighbourhood of Sheikh Jarrah.