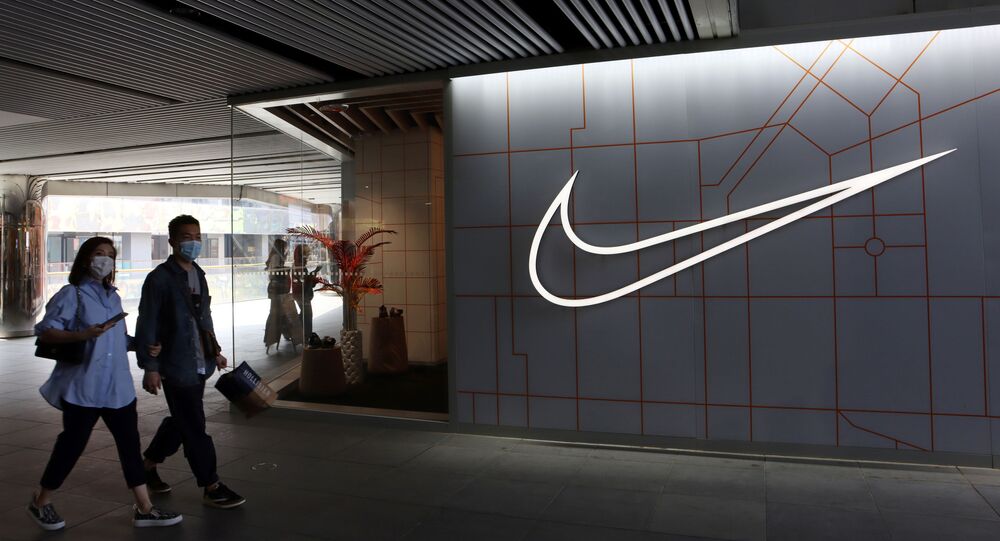 Earlier, a number of high-profile US businesses expressed concern over Republican-led initiatives in some states to introduce additional restrictions to the voting process. Following official comments from Coca-Cola, Delta Airlines and others, Senate Minority Leader Mitch McConnell warned companies to avoid becoming involved in politics.

A new non-profit advocacy organization calling itself ‘Consumers’ Research’ purchased a pricy advertising campaign, starting Tuesday, against American Airlines, Coca-Cola and Nike, targeting what they describes as “woke politics” and urging the businesses to think more about consumers.

The promotional campaign, titled the ‘Consumers First Initiative’, made 30-second videos to be broadcast on TV in Texas, Georgia and Oregon.

Will Hild, the executive director of the lobbying firm, said in a statement that their campaign is intended to “give consumers a voice” and prompt giant corporations to “put their energy and focus on serving their customers, not woke politicians.”

“American Airlines shrunk legroom for passengers and laid off thousands of employees during the COVID pandemic while receiving billions in taxpayer bailouts. Coca-Cola and Nike have both been exploiting foreign, potentially forced, labor in China while American workers suffer. It is time these corporate giants were called to task,” he stated.

Nike was accused of using Chinese and other foreign labor “rather than hiring Americans” and “fought back with highly paid lobbyists” when Congress tried to adopt legislation concerning the allegations of “forced labor.” The US has repeatedly accused China of exploiting and violating the rights of the Uighur minority in the Xinjiang region. Beijing dismissed the charges and called them “lies”.

Coca-Cola was accused by the non-profit of “attacking” Georgia’s most recent and restrictive voter integrity act on voting rules, referring to Coca-Cola CEO James Quincey comments on the bill.

Each of video starts with a statement that Coca-Cola, Nike and American Airlines are “getting political” and ends with “Serve your customers, not woke politicians.”

These companies have been critical of the Republican-led voting legislation initiatives in Georgia and Texas that reimpose restrictions on voting justifying the new rules by claiming that they increase wider transparency.

“As a Texas-based business, we must stand up for the rights of our team members and customers who call Texas home, and honor the sacrifices made by generations of Americans to protect and expand the right to vote. Voting is the hallmark of our democracy, and is the foundation of our great country,” and earlier statement from American Airlines reads.

In March, Delta Airlines, based in Georgia, issued a statement from company CEO Ed Bastian, who criticized the state’s new voting bill, saying that its “entire rationale was based on a lie: that there was widespread voter fraud in Georgia in the 2020 elections.”

“This is simply not true. Unfortunately, that excuse is being used in states across the nation that are attempting to pass similar legislation to restrict voting rights,” he observed.

Last month, US Senate Republican leader Mitch McConnell blasted business for “getting in the middle of politics.”

“My advice to the corporate CEOs of America is to stay out of politics. Don’t pick sides in these big fights.”

He also threatened “serious consequences” if companies, in his words, become “a vehicle for far-left mobs to hijack our country from outside the constitutional order.”

Vote for Joe Biden or Democrats Would ‘Conflict’ with True Belief in Jesus Christ, Claims Pastor