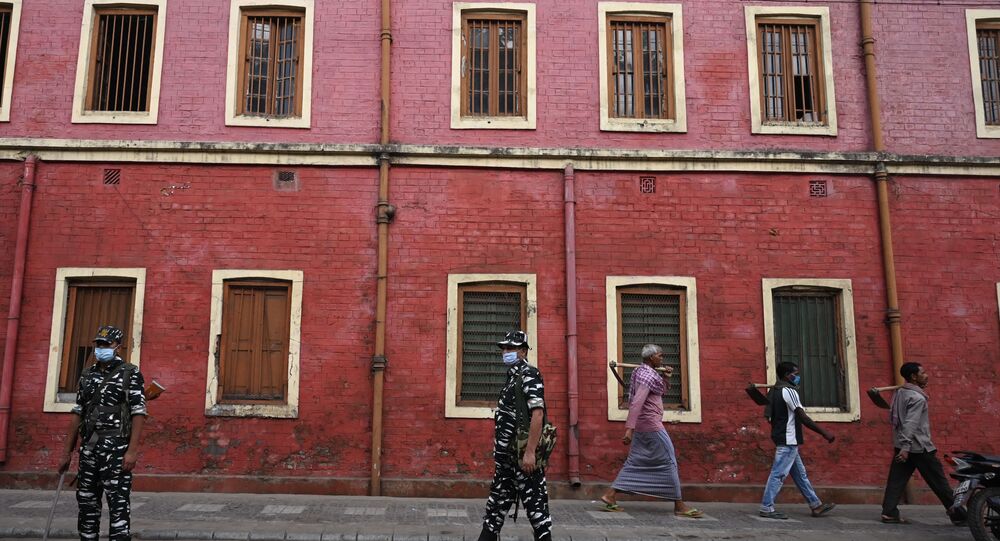 The Vishwa Hindu Parishad, an umbrella organisation of Hindu outfits, claims that thousands of Hindu families have been displaced from West Bengal following large-scale attacks on Bharatiya Janata Party workers by Trinamool Congress following the latter’s landslide victory in the state elections. The claims, however, remain unverified.

Despite the election fever subsiding in India’s eastern state of West Bengal, with the 2 May results going in favour of the incumbent Trinamool Congress (TMC), post-poll violence continues to disturb the peace in the state. The Vishwa Hindu Parishad (VHP), a sister organisation of the Bharatiya Janata Party (BJP), the TMC’s main opponent, has launched a “Save the Hindu” campaign in the state. It claims that at least 5,000 Hindu households have been demolished, rendering 11,000 people homeless and 40,000 severely affected.

On 2 May, TMC workers, celebrating their poll victory, allegedly attacked BJP activists and supporters across many districts in the state. In retaliatory attacks, TMC workers also received heavy blows in BJP strongholds. The state is no stranger to election violence, but the ongoing spate has been the goriest. The death toll has been put at 25, with 15 deaths from the BJP, 8 from the TMC, and 2 from the Left coalition. Cooch Behar, Burdwan, Kolkata, and North Dinajpur are among the most affected districts. The violence has continued unabated despite a heavy deployment of central security forces.

While social media and messaging applications have been flooded with images and videos of blood and gore attributed to the ongoing violence, parties have accused each other of spreading lies and misinformation.

Election-related violence first erupted in the state on 10 April, when four persons were killed in firing by central security forces in the Cooch Behar district’s Sitalkuchi. Another person was shot dead by armed miscreants. The incident provided fodder for TMC chief Mamata Banerjee to take aim at Narendra Modi’s BJP and the Election Commission of India.

BJP leader from Cooch Behar Malabi Rabha told Sputnik that, after 2 May, the district witnessed 2,500 stray incidents of violence where men and women were equally abused and thrashed. She alleged houses of BJP workers were razed or encroached upon.

A few days later, Assam Chief Minister Himanta Biswa Sarma claimed that around 300-400 BJP workers and family members had crossed over to Dhubri in the neighbouring state of Assam in search of safety. Governor of West Bengal Jagdeep Dhankhar – known to be state chief Mamata Banerjee’s nemesis – visited Assam and consoled the families. Rabha said that those who had gone to Assam have since returned to their homes, but maintained that several BJP workers have fled and taken shelter in safer areas within the state.

The TMC leadership, denying the claims, said, “there has been violence but it was not one-sided. The BJP too attacked our workers. Our people have been displaced as well”.

Diving into the chaos, the VHP issued a strong statement claiming “any inaction from the current government and political leadership is equal to instigating violence. In such a case, Hindus have the right to take any action to save themselves, and we will use the right”.

The Hindu nationalist organisation further claimed, “over 200 houses were bulldozed in the Sundarbans alone”.

Rejecting the claim, West Bengal’s Minister for Sundarbans Bankim Chandra Hazra told Sputnik: “There were minor instances of forcefully closing down shops and threatening. But Sundarbans, including my constituency Sagar, is a largely peaceful area. The VHP is peddling lies. Not a single house was razed here”.

The organisation’s claim of Mosques being constructed over Temples could not be verified either.