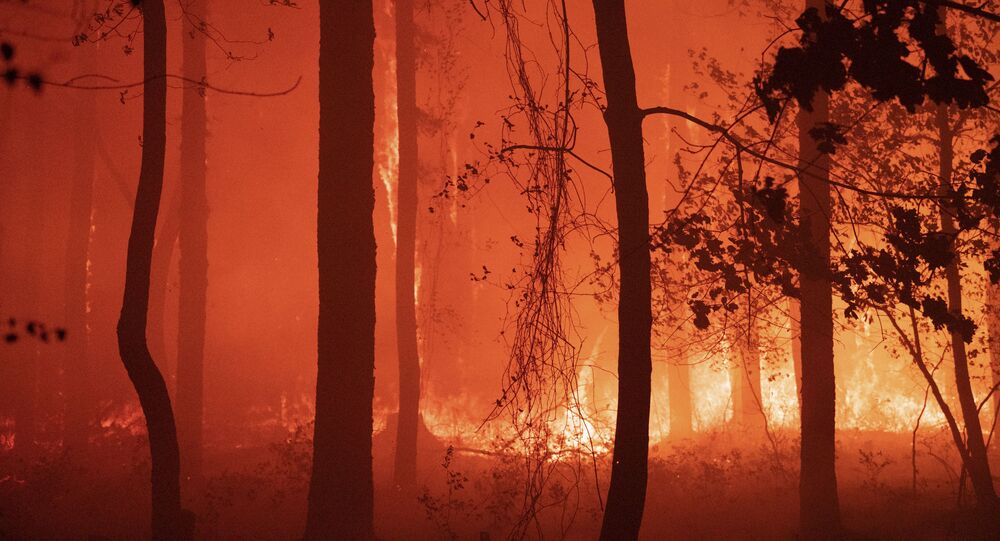 On average, some 1,500 wildfires break out in New Jersey and consume an estimated 7,000 acres of land throughout the course of a year, according to the New Jersey Office of Emergency Management. The height of the Garden State’s wildfire season is seen from March through May.

Dozens of firefighters in New Jersey have been deployed near the Jersey Shore to combat a raging wildfire that has scorched hundreds of acres after erupting in the Little Egg Harbor Township over the weekend.

The wildfire was first detected around 4 p.m. local time on Sunday, and had consumed some 70 acres of a forested area with limited accessibility, according to the New Jersey Forest Fire Service. Approximately 100 structures were considered at risk, with local evacuations being considered on a voluntary basis.

Tropical Storm Isaias Moves Up the US East Coast – Video