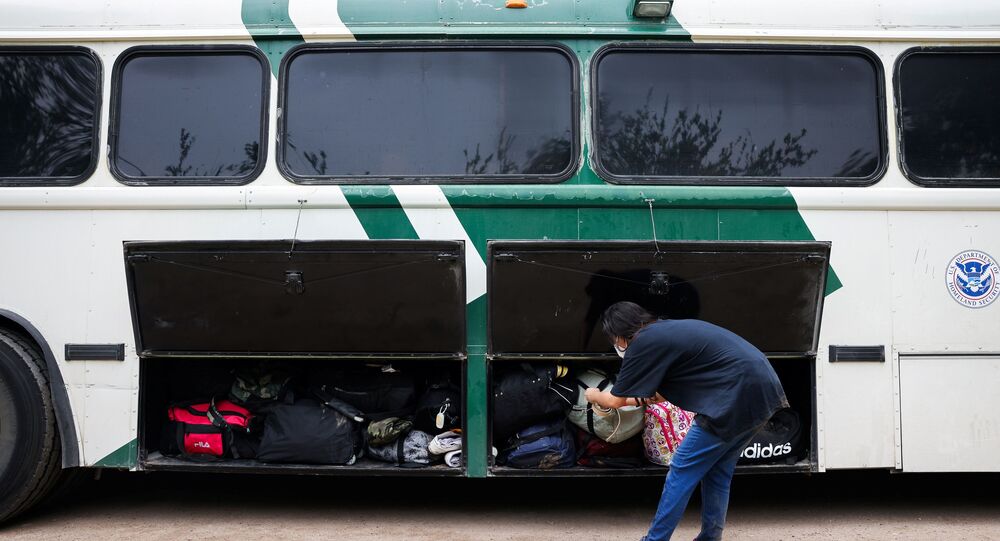 WASHINGTON (Sputnik) – The White House is investigating reports that migrant children have been held in buses for extended periods of time outside federal care facilities, Press Secretary Jen Psaki said on Friday.

“The reports of children being held in buses outside of the HHS [Health and Human Services] facility in Dallas for extended periods of time are outrages, they’re unacceptable and they do not meet our standard for childcare,” Psaki said in a press briefing. “It’s being fully investigated.”

Psaki added that she cannot predict what the consequences will be until the investigation has concluded.

US media reported that several migrant children had been housed in buses outside a federal care facility in Dallas, Texas, some of them for a prolonged period.

In April, a total of 17,171 migrant children arrived at the US southern border alone, which represents a slight drop from the record set in March with nearly 19,000 arrivals of unaccompanied migrant children.

California Pupils Were Tasked With ‘Uncomfortable’ Analysis of ‘Why I’m a Racist’ Op-Ed, Report Says