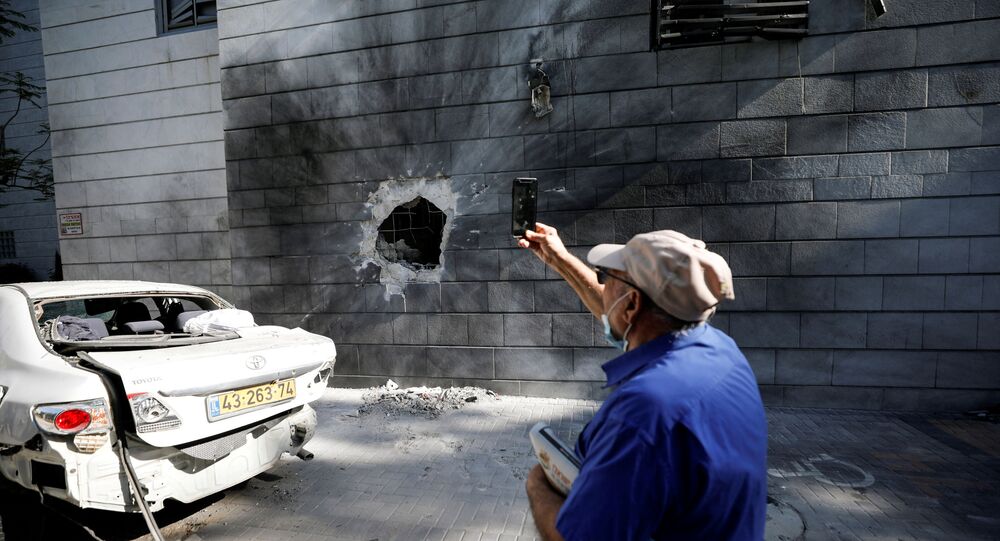 WASHINGTON (Sputnik) –  US diplomatic envoy for Israeli and Palestinian Affairs Hady Amr arrived in Tel Aviv on Friday to help deescalating an ongoing military conflict between Washington’s chief ally in the Middle East and the Palestinians, US Embassy in Jerusalem said.

At least 122 Palestinians in Gaza and eight Israelis were killed in an exchange of hundreds of rocket salvos and airstrikes that have been underway for five straight days. The fiercest flareup since 2014 has sparked communal violence in mixed Arab-Jewish cities and spilled over to the West Bank where 10 Palestinians were reportedly killed on Friday alone.

The confrontation on the border between Israel and Palestinians in the Gaza Strip escalated earlier this week. About 2,000 rockets have since been fired from the Palestinian enclave toward Israel, which, in its turn, responded with airstrikes.

The violence was sparked by days of clashes in East Jerusalem and an Israeli court’s decision to side with Jewish settlers requesting the eviction of several Palestinian families from their homes in the disputed city.

As Iran Heads to the Polls, Israeli Expert Says Change is Nowhere Near, No Matter Who Wins The Race