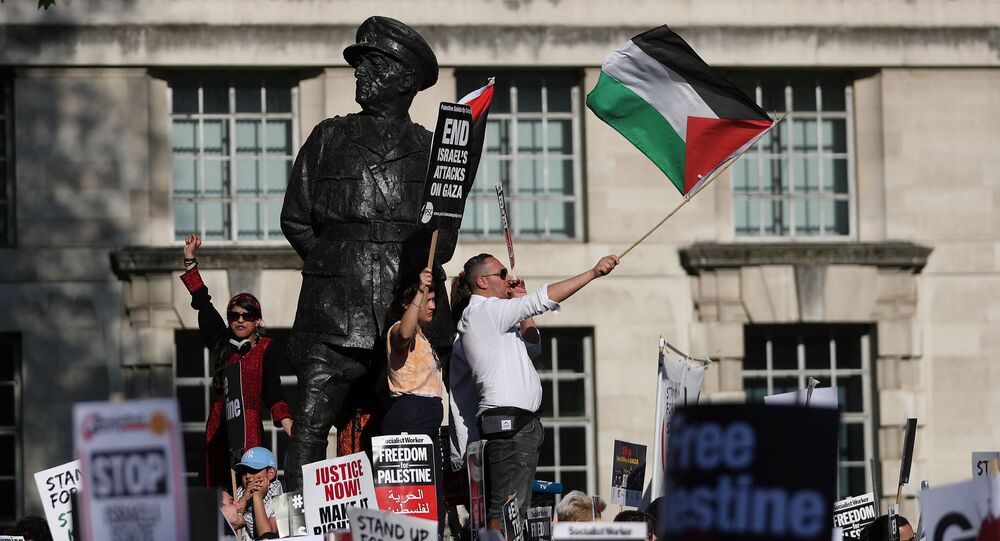 Israel and the Palestinian Authority have witnessed a week of escalated tensions in the West Bank following an Israeli court’s ruling to evict several Arab families from the district of Sheikh Jarrah in East Jerusalem on Monday.

Watch a live broadcast from London where demonstrators are taking to the streets on Saturday, 15 May, to show their solidarity with Palestinians amid continuing tensions between the Gaza Strip and Israel.

Israel fired artillery and intensified airstrikes against a network of Palestinian militant tunnels under Gaza. According to Palestinian health officials, at least 119 people have been killed in Gaza, including 31 children and 19 women, and 830 others wounded.

This has been the fiercest escalation of the Israeli-Palestinian conflict since 2014.

COVID-19 Vaccine of US Company Novavax Shows 89.3% Efficacy in Phase 3 Trial in UK