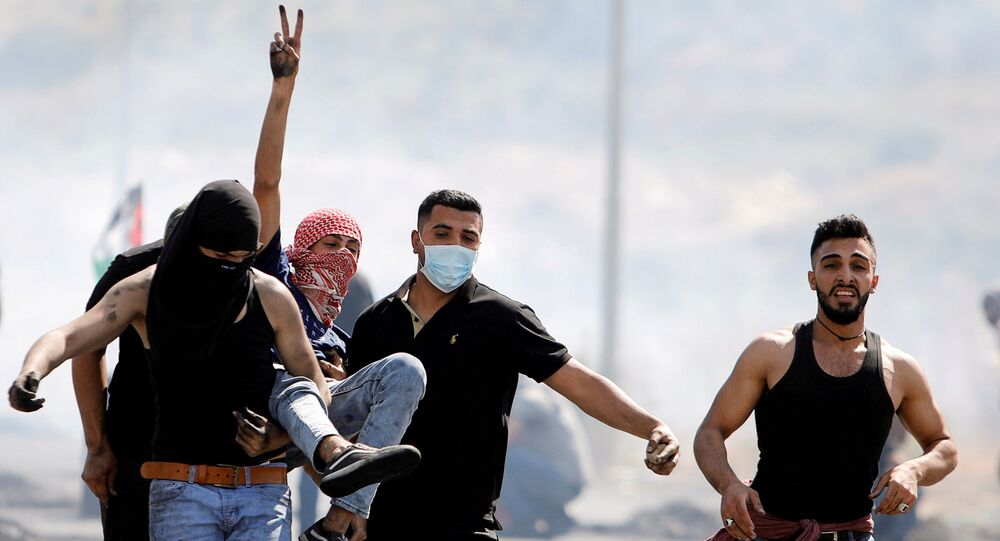 MOSCOW (Sputnik) – More than 1,330 Palestinians have been injured during the ongoing escalation of tensions with Israel, the Red Crescent said on Saturday.

“The medical staff of the Red Crescent has provided with medical assistance 1,334 Palestinians injured as a result of attacks by the Israeli army in the occupied Palestinian territories, which have been underway for the eighth day in a row,” the Red Crescent said in a statement.

In the West Bank, 892 Palestinians have been injured by tear gas used by the Israeli law enforcement officers, 233 by rubber bullets, 171 by live round, 38 others sustained burns and impact injuries.

In the Gaza Strip, 101 people have been injured as a result of Israeli airstrikes.

The Red Crescent added that the Israeli security forces were preventing the injured Palestinians from receiving assistance, and described that as a “blatant violation of the international humanitarian law.”

Time’s Up: Netanyahu Needs a Miracle to Form a Government by Midnight But Will It Happen?