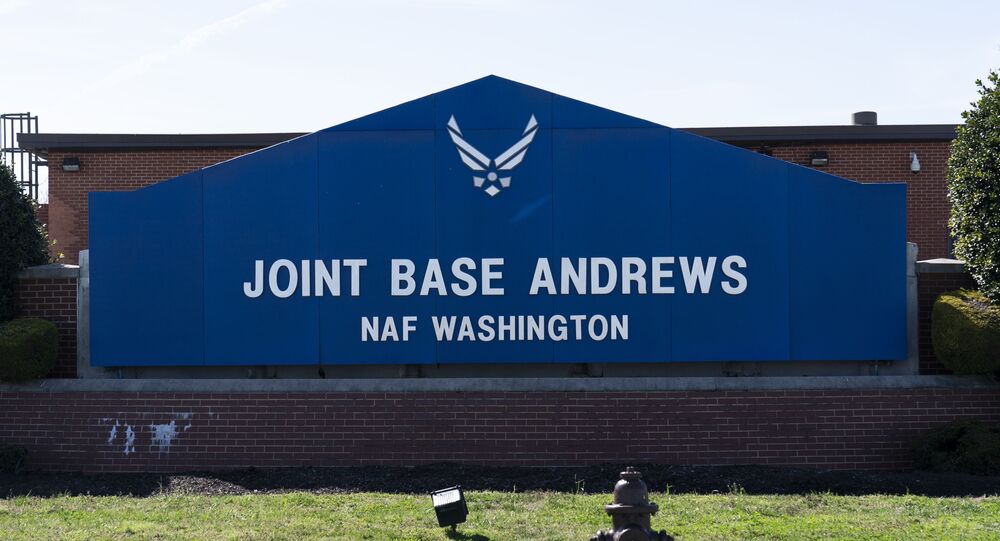 According to the reports, the main gate of the base is currently closed, and law enforcement is investigating the car for explosives using a special robot.

Prince George’s County police in Maryland said they were assisting at an incident just outside the gate at the US military’s Joint Base Andrews, as one person was apprehended at the site, and a check of a parked car is underway, local media reported on Friday.

According to the latest media report, the initial search did not find an explosive device in the vehicle.

Base security forces were investigating the incident with “partner law enforcement officials to address the situation,” according to Stars and Stripes newspaper, citing the statement of a spokesman for the Air Force’s 316th Wing at the base.

Several videos of a sedan parked at the curb near the base’s main gate were circulated on social media.

Some of them showed the work of the robot checking the car for explosives.

More video from #sky9 of incident at JBA. Again 1 person in custody this is the main gate where an active EOD equipment is on scene @wusa9 pic.twitter.com/QDwC3iB1aa

DEVELOPING: Bomb tech in blast suit now looking at car, along with explosive ordnance robot outside main gate of Joint Base Andrews. pic.twitter.com/CO2W601Izn

The media reported that around 4:45 pm local time, a person in a vehicle pulled up to the base’s main gate and informed base security forces that he had a bomb in his car.

No further details on the incident, including the identity of the detained person, have immediately been provided by the authorities, as the incident was “ongoing.”

According to reports, the most recent security incident at Joint Base Andrews occurred on February 4, when a civilian infiltrated the base and gained access to a military aircraft. The incident occurred after a “distracted and complacent” airman securing a gate inappropriately permitted the civilian to enter the base, the investigators reportedly concluded.

Joint Base Andrews, which is located approximately 24 kilometers (15 miles) from Washington, DC, serves both the Air Force and the Navy. It is known as the location where US presidential Air Force One is based, which transports the president and other senior US officials on a regular basis.