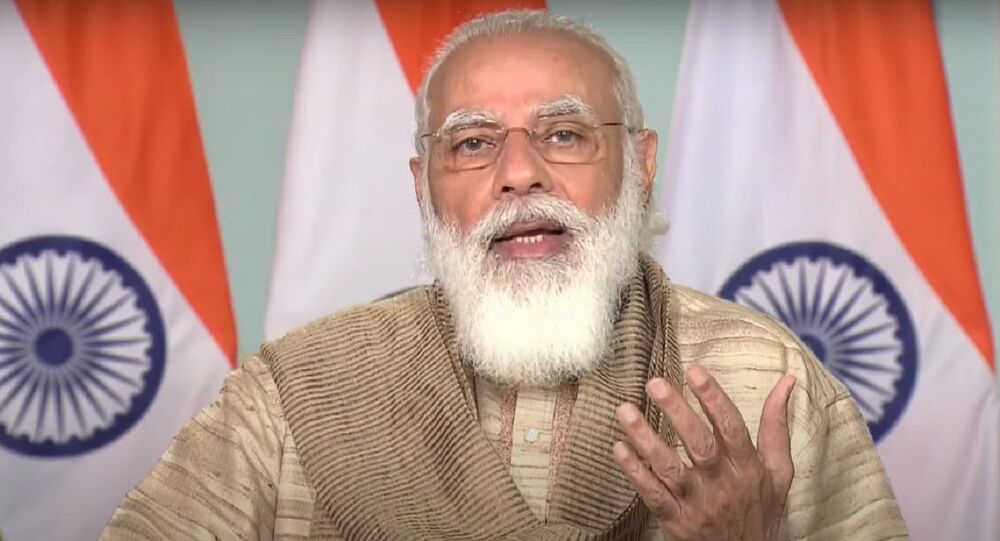 India is currently the global epicentre of the Covid-19 pandemic. Meanwhile, Prime Minister Narendra Modi has been facing blistering criticism for the government’s handling of the pandemic, both internationally and within the country.

Narendra Modi on Saturday chaired a high-level meeting to discuss Covid-19 and the status of vaccination efforts in the country.

​Narendra Modi also insisted upon the augmentation of healthcare resources in rural areas, to focus on door to door testing and surveillance. He also spoke about empowering rural healthcare workers — ASHA and Anganwadi workers.

Top officers from across government departments, including the National Disaster Management Authority and health ministry, attended the meeting.

According to the official statement, Modi also took cognisance of reports about ventilators lying unutilised in storage in some states. He instructed the audit of installation and operation of ventilators provided by the federal government to the state governments.

He added that refresher training for properly operating ventilators should be provided to healthcare workers if necessary. He also asserted that localised containment strategies are the need of the hour, especially in states with high rates of infection in certain districts.

Modi also directed officials to work closely with states to ramp up the speed of vaccination.

According to India’s federal health ministry, the country reported 326,098 new Covid-19 cases and 3,890 deaths on Friday. With this count, the country’s total number of coronavirus cases has reached 24.3 million, and the number of fatalities stands at 266,207.

‘I Am a Little Nervous,’ Says Parent as Delhi Schools Reopen After Covid Break