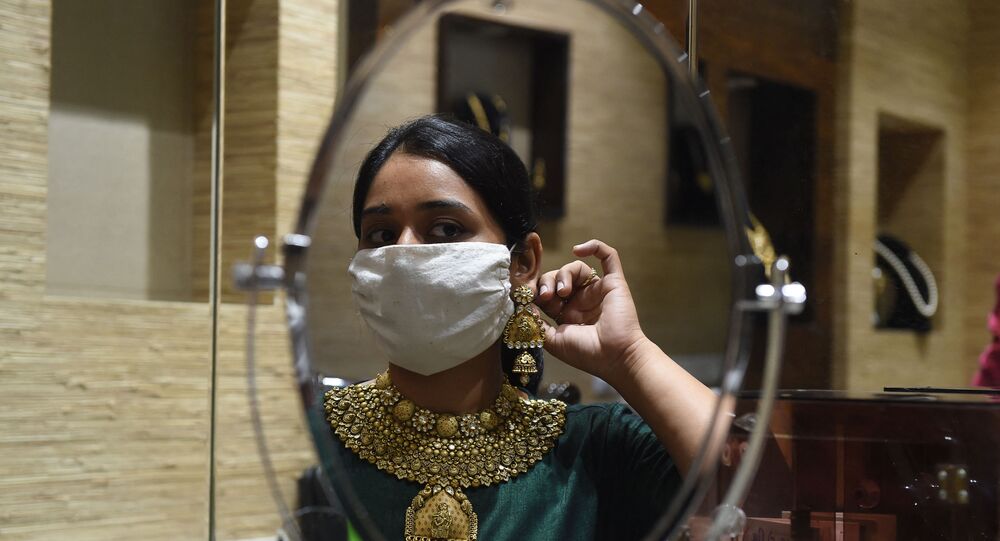 The gold and jewellery traders were unable to celebrate two major festivals which fell on the same day, dealing a blow to gold sales because of COVID-induced restrictions across India, with almost every store closed.

The Hindu and Jain festival of Akshaya Tritiya and the Muslims’ Eid fell on the same day this year, giving a ray of hope to the 400,000 gold and jewellery traders across India, but because of the lockdown and coronavirus-related restrictions in most of the states, they suffered a loss of more than $1.36 billion. The footfall in the states where shops were able to open was also minimal as a result of which traders also witnessed slow sales.

According to Hindu mythological beliefs, Akshaya Tritiya is considered an extremely lucky time to buy gold. The festival is in honour of the goddess Lakshmi, Goddess of Prosperity, and the ritual of buying gold is an age-old practice in the country. Marriages also often take place on this day, which increases gold sales. However, this year, the curbs on weddings and the closure of shops didn’t augur well for the trade.

Eid would also have bumped up sales if things had been as normal, since Muslims also go on a shopping spree to celebrate the festival.

Pankaj Arora, National Convener of the All India Jewellers and Goldsmith Federation (AIJJF) told Sputnik: “Gold and jewellery shops and markets were closed because of lockdown restrictions and this has resulted in a loss of more than $1.36 billion.

“Sales for the auspicious festival of Akshaya Tritiya have always been high apart from last year and this year,” he added.