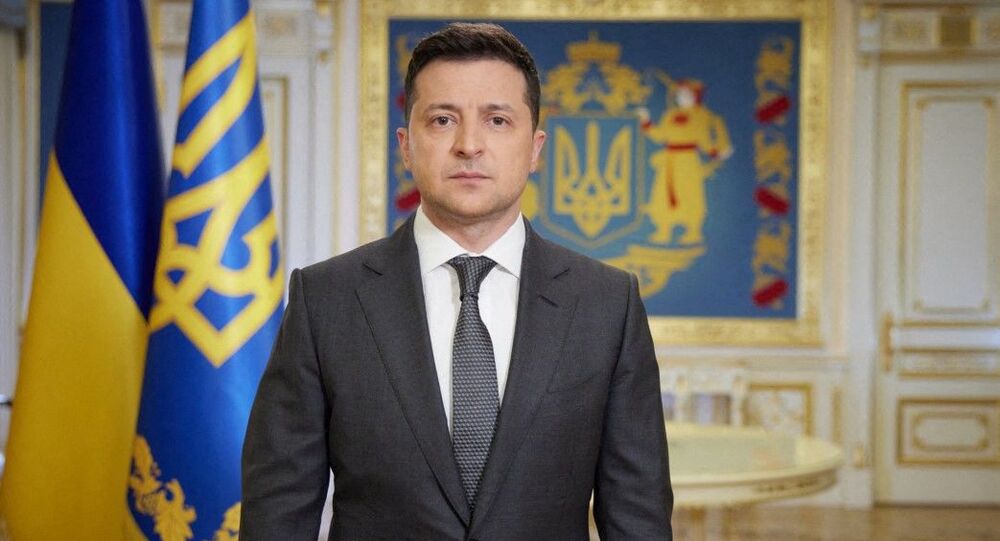 MOSCOW (Sputnik) – Ukraine’s former Minister of Social Policy, Andriy Reva, said on Friday that President Volodymyr Zelenskyy could call a snap presidential vote in August in a move to be re-elected for another five years amid political turmoil in the country.

“I see clear signs of the snap presidential election. [The vote could be called] for fall. I think that he [Zelenskyy] will announce this on the 30th anniversary of Ukrainian independence, on August 24. He will come out with some initiatives. It is obvious that the economic and social disaster forces him to reboot everything that is happening,” Reva told Nash broadcaster.

According to the official, it will play into the hands of Zelenskyy if he sacrifices the remaining three years of his current presidential term for another five years in power.

“The three years that remain would only worsen the situation for President Zelenskyy. Sociological [surveys] show that he has a real chance of winning, and he realizes that the best time to give himself a fresh start for another five years is now,” Reva said.

According to a survey conducted by the Ukrainian Razumkov Center think tank in April 2021, if the presidential election were held in the near future, Zelenskyy would receive the most votes in the first round.