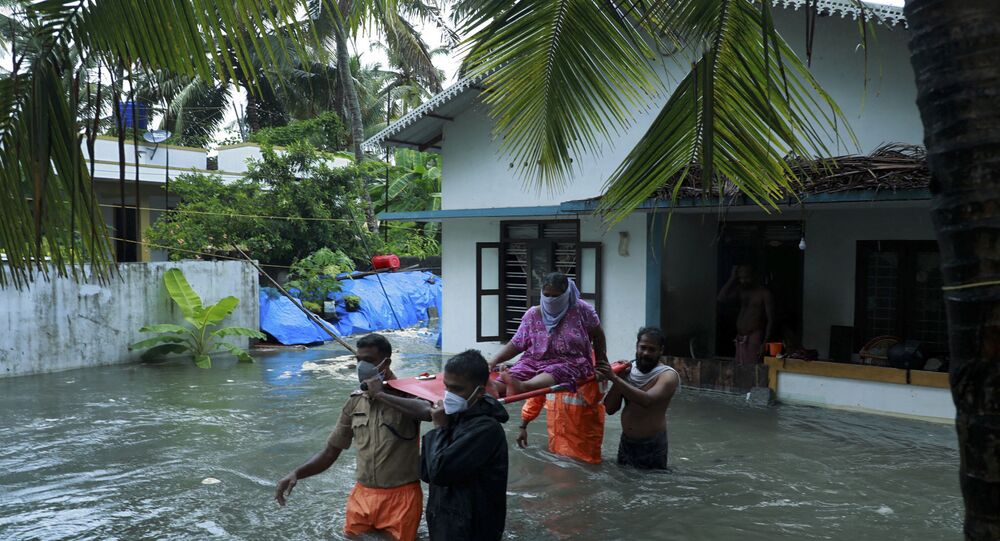 The Tauktae storm, which means ‘gecko’ in the Burmese language, will be the first tropical cyclone of the year in the Southeast Asia region.

Cyclone Tauktae, which is expected to hit India’s coastal state Gujarat on Tuesday and parts of Pakistan on Wednesday, is likely to intensify and enter the “severe storm” category, says the Indian Meteorological Department (IMD).

As of Saturday morning, the cyclone is over the island of Lakshadweep, off the southwestern coast of India in the Arabian Sea.

​As per the meteorological department forecast, the storm is set to intensify into a ‘very severe cyclonic storm’ over the next 12 hours, with the wind speed reaching 150 to 160 km/h by 17 May.

Deep Depression over Lakshadweep area and adjoining southeast & eastcentral Arabian Sea about 55 km north-northwest of Amini https://t.co/LspHbP5HLs intensify into a Cyclonic Storm during next 12 hrs. To move north-northwestwards and reach near Gujarat coast by 18th May morning. pic.twitter.com/fZBB7WGBlx

Although the cyclone is expected to make landfall over Gujarat and the Union Territory Daman and Diu on Tuesday, it is likely to cause extreme rainfall in other states too, including Kerala, Karnataka, Tamil Nadu, and Maharashtra.

About 50 teams of the National Disaster Response Force (NDRF) are on alert. Fishermen have been asked to avoid heading to the Arabian Sea until Tuesday, tourism activities have been restricted, and necessary precautions have been advised for naval operations in anticipation of the rough sea.

​The Indian Navy, in a tweet, said that their teams are on standby for “rendering full support to state administrations as the cyclonic storm approaches western coasts”.

​Local state media reports also confirmed that people living around the disaster-prone areas had been relocated to the relief camps as a precautionary measure.